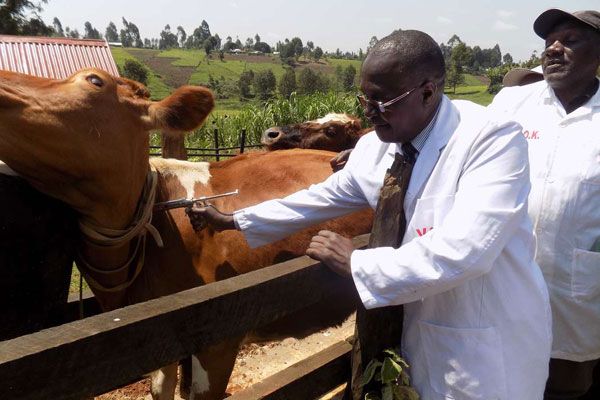 Farmers in Kazo district have been called upon to embrace vaccination to protect their animals from diseases and death.

Speaking to our reporter on issues concerning animal health on Wednesday, Dr Kiyemba Ronald, the Kazo district veterinary officer revealed that over 571 cows have died of Clostridia diseases in just three months in Kazo district.

Dr Kiyemba added that this infectious disease was first reported in the month of October in Rwemikoma Sub-county and the next cases were recorded in Engari Sub-county. It further spread to other sub counties like Kazo town council, Kazo, Buremba, Nkungu and Kanoni.

Dr Kiyemba explained that Clostridia diseases are caused by anaerobic bacteria that are widespread in the environment, particularly in soil, and are often fatal.

Dr Kiyemba appealed to farmers to use OX 30% first and clostridia vaccine two times to protect cattle against diseases caused by toxins produced by infections from one or more clostridium bacteria.

Following the residents’ outcry, Hon Dan Kimosho the area member of Parliament also raised this issue as a matter of national importance in Parliament on Wednesday.

In response, the speaker of Parliament, Rt. Hon. Anitah Annet Among tasked the Ministry of Agriculture, Animal Industry and Fisheries (MAAIF) to make a thorough study on the attack of this strange disease in the cattle corridor across the country.