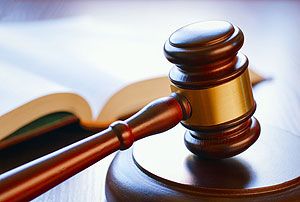 The Ibanda Grade One magistrate’s court has sentenced a student to serve four days of community service for defrauding two vulnerable women of a total of UGX 98,000.

Court presided over by her worship Esther Murungi also ordered Allan Agaba, a S2 student from Rwengwe III in Kikyenkye sub-county Ibanda district, to refund the money by the end of this month.

Agaba pleaded guilty to obtaining UGX 88,000 from Flugensia Kobusingye last month purportedly to register her children for aid from Musana Production, a theatre group in Mbarara, whereas not. He also got UGX 10,000 from Beatrice Ninsiima.

The magistrate ordered him to pay Kobusingye UGX100,000 and Ninsiima UGX 20,000 by the end of this month.

She also warned Agaba that he would be arrested and jailed for three months if he failed to do community service for five hours on each of the four days.

Prosecution had prayed for a deterrent sentence, saying the victims were vulnerable and that the crime was common in the area.

Earlier, Agaba had prayed for lenience, saying that a custodial sentence would affect his studies. He said that there were many cattle keepers in his locality, where he can get work on the farms to raise the money.