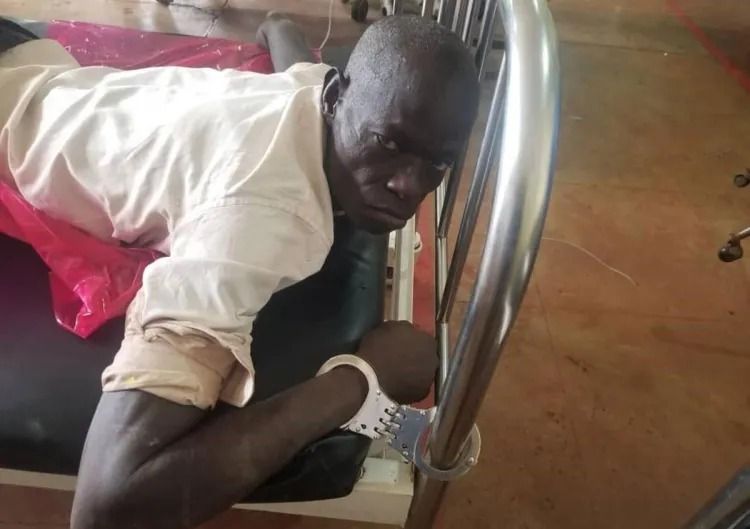 Police in Jinja are holding a man suspected to have killed his wife over the weekend. Moses Tenywa, a resident of Soweto village, Wakuluba- Masese, Jinja South Division is accused of having murdered his wife identified as Nalongo Annet Nabirye, 38.

Following a misunderstanding over a piece of land in Kaliro District, Tenywa, is said to have fatally stabbed Nabirye, with whom he had seven children and attempted to bury her in their home, just 20 metres away from their main house but was interrupted by the children.

Milly Gutu, a neighbour revealed that while the man resolved to sell the land, the deceased was against the idea, arguing that it was for their children.

Paul Batambuze, the area LC1 chairperson, said the couple has been having domestic issues for a while, especially after the sale of their land.

“This time, the wife demanded to know why he wasn’t putting their money to proper use and why he had sold their land, but he instead stabbed her to death before fleeing from the village,” said Batambuze.

James Mubi, the Kiira Region Police Spokesperson, confirmed the incident, saying after Nabirye learnt that he sold their land, the suspect fatally stabbed her on the cheeks, neck and the head and she died after bleeding profusely.

“It’s alleged that Moses Tenywa sold land and used money in things which don’t benefit the family and when the wife tried to blame him, he turned against her in anger and stabbed her to death,” said Mubi.

Police rushed to the scene and documented the evidence before ferrying the body to Jinja regional referral hospital and launched investigations into the matter.

Police, with help from the locals, launched a successful manhunt and on Saturday, the suspect was found in Buyengo Town Council, about 45Kms from the crime scene.

Mubi, said the fugitive was found unresponsive in a banana plantation after reportedly ingesting poison trying to commit suicide.

“He was rescued and arrested and is currently receiving treatment at Jinja Regional Referral Hospital and he will be duly charged,” said Mubi.

Mubi, noted that they have deployed three officers to watch over the suspect to stop him from endangering his life.