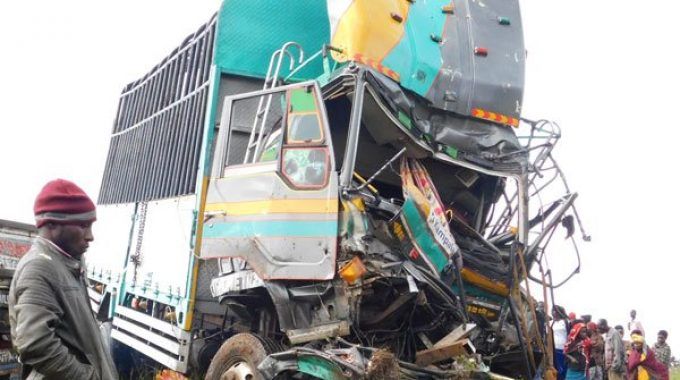 Four people died on spot and at least 40 other people sustained injuries in an accident that happened at around 10pm on Wednesday night at Kanseera Village along the Mubende -Kakumiro Road that involved a white Fuso truck REG No. UAY 196 T.

Racheal Kawala, the police Spokesperson for Wamala Region confirmed the incident saying the ill-fated Fuso truck which was transporting members of Bivamuntuyo market traders group from Butoloogo market to Mubende Town, veered off the road and rammed into a nearby building, killing four occupants on spot.

“The truck was overloaded with market vendors and their luggage, the driver lost control and it overturned killing 4 people and injuring 18,” said Kawala adding the 3 died on spot while another died at Mubende hospital. The other victim has been confirmed dead today morning.

The truck driver only identified as Mukisa is said to have been under the influence of alcohol, he reportedly lost control of the truck and rammed into the building. He’s currently on the run after he escaped with minor injuries.

“We are still waiting for relatives to provide us with details about the other deceased people,” he said.