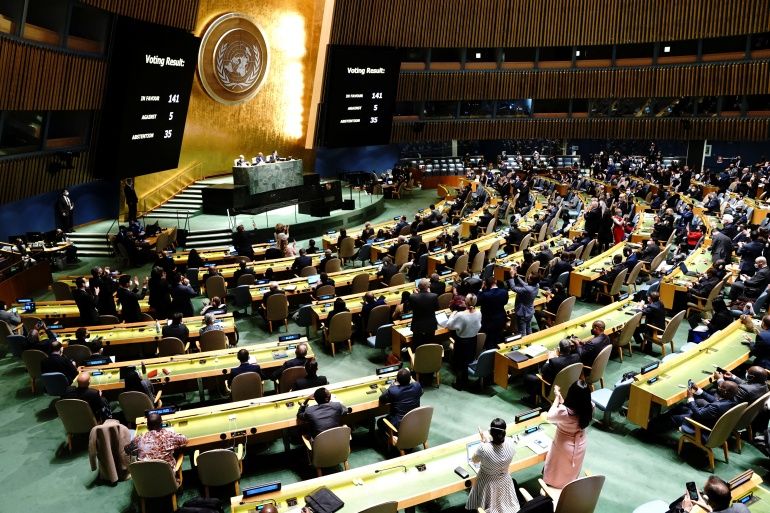 Following Russia’s February 24th invasion of its neighbor, the UN General Assembly held an emergency session this week, and voted to a motion termed as “aggression against Ukraine” in a rare sitting occasioned only by a serious threat to international security.

The vote became only the first in 40 years when the General Assembly sat and passed a resolution to reprimand a member’s aggression.

141 of the 193 member states of the UN including; Kenya, Ghana, Gabon, Rwanda, Djibouti, Congo, Somalia and the Democratic Republic of Congo voted YES.

Some 35 countries abstained from the vote, including Russia and China, and African states – Burundi, Senegal, South Sudan, South Africa, Uganda, Mali and Mozambique.

Adonia Ayebare, Uganda’s Permanent Representative to the UN, claimed neutrality was behind the country’s refusal to vote.

Ethiopia did not take part in the voting, but Eritrea, North Korea and Syria voted against the resolution.

The vote, which is mostly politically symbolic but lacks legal strength, means the UN has declared Moscow’s decision a violation of the UN Charter, especially on issues of territorial integrity.

By Racheal Nuwahereza from Tinyefuza Naboth