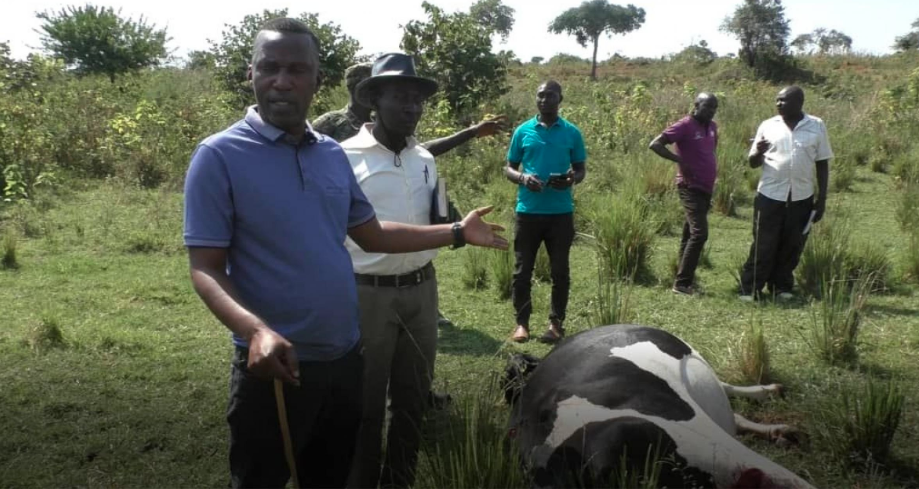 Reliable sources revealed that since last year, over 500 residents have been feuding with the pastor over approximately 300 acres of land in Bwera village. According to the information obtained, the residents accuse Pastor Baguma of trying to grab their ancestral land, which they have occupied for years.

Amlan Tumusiime, the Kikuube Resident District Commissioner (RDC) told journalists in an exclusive interview that the violence followed the arrest of five residents by the State House Land Protection Unit on Wednesday. He explains that the State House Land Protection Unit officials stormed the area in the company of Baguma and picked up the residents opposed to his schemes.

The arrests followed a petition filed by Pastor Baguma demanding for the eviction of the residents from the disputed land. Residents first blocked the road for hours to stop the State House Land protection unit officials from taking their colleagues prompting them to fire live bullets in the air to disperse them.

The angry residents are said to have regrouped when the state house officers left and raided Baguma’s farm, where they hacked 40 cows to death.

James Kyomuhendo, one of the residents accused Baguma of using the police and soldiers to forcefully grab their land.

Baguma insists that he legally acquired the contested land and processed a title. He accuses the residents of encroaching on his land.

Julius Hakiza, the Albertine region police spokesperson, says that police have commenced investigations into the massive destruction of Baguma’s farm and slaughter of his animals.

No suspect has been arrested in connection with the mob action.