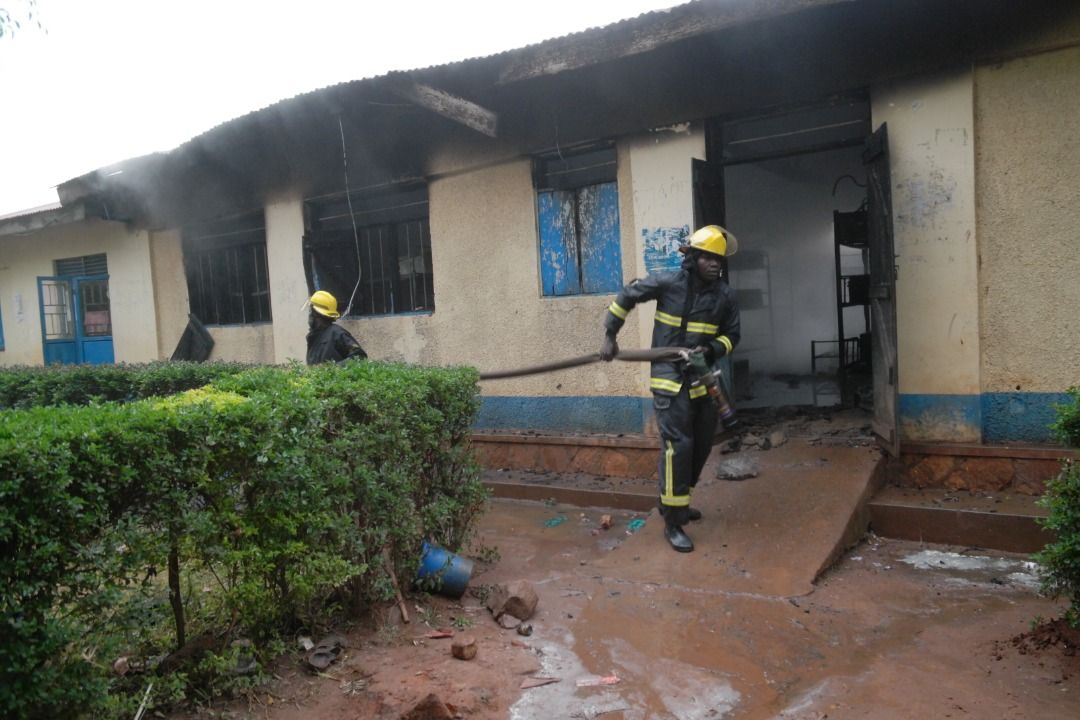 Parents count losses after Iganga High School registers another fire outbreak in less than a month.

Angry parents have stormed Iganga High School demanding an explanation after another fire outbreak happened today morning and destroyed a dormitory barely a month after the last fire outbreak.

Hajji Abubaker Walubi, the Chairperson Parents’ Teacher’s Association(PTA) confirmed the fire outbreak adding that many of the students were already in class for morning preps when the fire broke out.

The fire that is thought to have started around 6am affected a S.3 dormitory housing over 67 students and destroyed property worth millions of shillings including mattresses, clothes and other personal belongings.

The concerned parents rushed to the school this morning after learning about the fire from various sources and demanded entry into the school; they were however denied entry by the security guards.

The parents want the school to set up CCTV surveillance cameras at all dormitories to track possible culprits behind the fires.

Diana Nandawula, the Busoga East Police Spokesperson says that they have launched investigations into the possible cause of the fire.