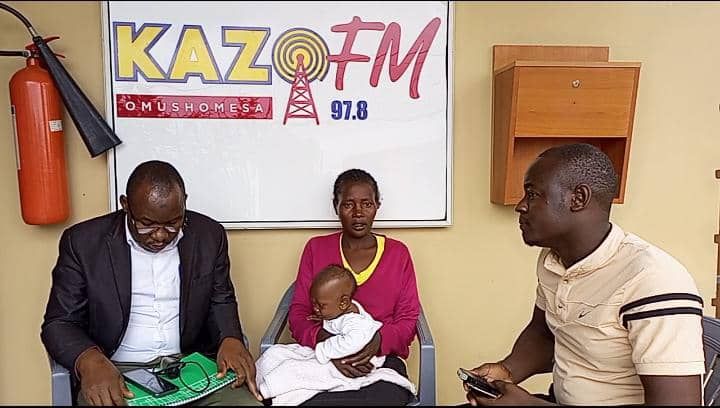 Police in Kazo district is investigating circumstances under which a two months old baby’s private parts were cut off.

Daphine Asingwire, the victim’s mother says on March 12th 2022, she left her baby sleeping but she was shocked to find her one-month baby’s penis missing.

In an incident that happened in Kafene village, Katongole parish, Migina Sub-county, Kazo district, Asingwire’s sister in-law identified as Winfred Nahwera who had come to their home for a visit called for her attention to the victim.

Asingwire who revealed that the incident happened shortly after they had shared family property says she suspected Nahwera to have committed the horrible crime. Nahwera convinced Asingwire that the baby had been bitten by a dog but she was prompted to report the matter to the police.

Manda Resty, the OC CID Kazo Police Station confirmed the incident saying Nahwera was arrested but released shortly after since the victim’s family failed to confidently hold the suspect accountable as they also suspected the baby to have been bitten by a dog.

Manda however appealed to anyone that might have any information to help with investigations as the case file is still open.

Kakuru Yasin, the NRM media activist western region and a well-wisher revealed that the family has incurred numerous medical bills and appealed to the general public to contribute towards the medical bills.

Asingwire and her family also reechoed an appeal to the government to help them with the case, the accumulating hospital bills and the upcoming operation of the victim.