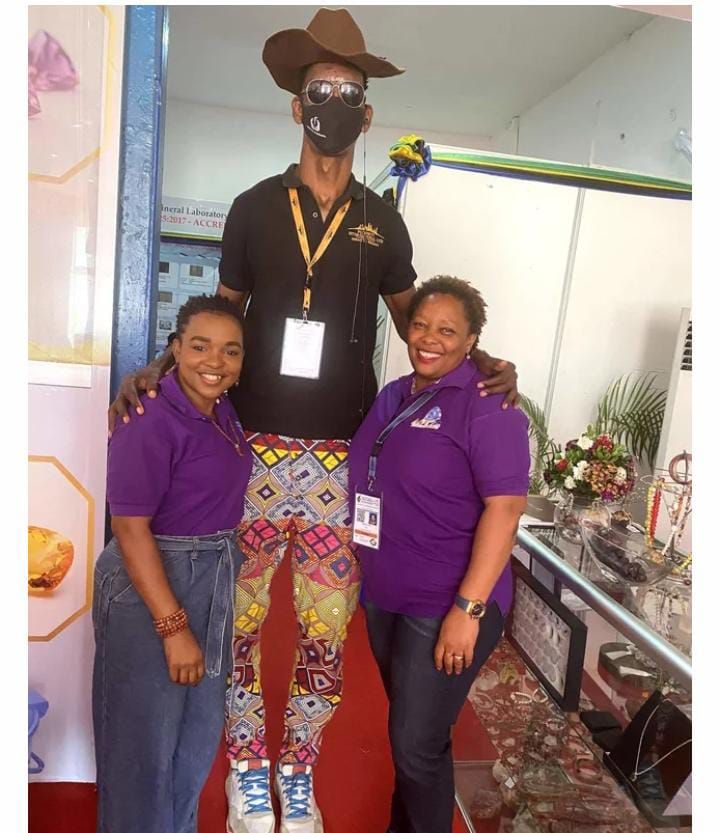 28-year Old Rejected In Schools For Being Extremely Tall

Julius Charles, 28-year old man from Dar-es salaam, Tanzania is believed to be the world’s tallest man according to his age.

Julius who is 2 meters and 60 cm tall is referred as Julius the Giant and he believes that he will continue growing taller and taller because he is still young and hopes to make it to the Guinness book of world records.

According to Afrimax English, at birth, Julius weighed 22 pounds equivalent to 10 kgs and at the age of 10 years, he was taller than all members of his family and his age mates.

Not only does he have an extreme height, but also a big voice and feet. He only puts on imported clothes from Sweden because they are extremely big and it is not easy to find clothes that fit him in Africa.

The tall man is however unhappy with his body size because people insult him and it stood in the way of his education.

“My growth brought me a lot of disadvantages especially in college, by then I had become very tall so I was forced to quit school for I had already become the college’s breaking news. Wherever I was, scholars were staring at me with shock, for that reason, many schools rejected me because I had become like a distraction,” said Julius.

Julius has no close friend in his native land, he cannot ride in a normal car, fit on the normal bed size or chair, and it is even difficult for him to get into a relationship.

Julius’ height also serves as a blessing in disguise as it has enabled him to travel to different parts of the world; he easily got into a basketball team in America and got friends abroad. He is a brand ambassador of various companies and also an actor.