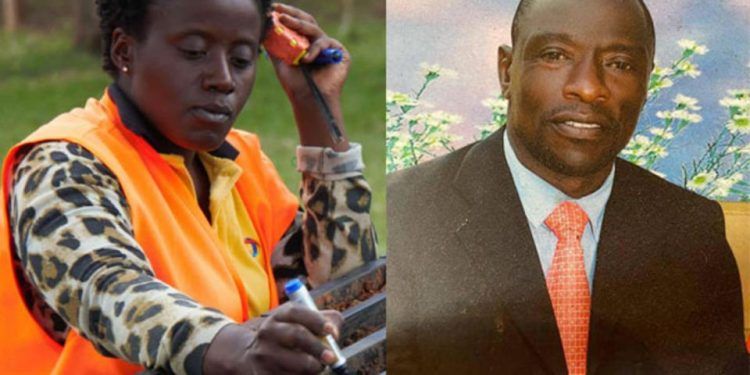 Territorial Police in Moroto are investigating circumstances under which 03 officials attached to the Ministry of Energy and Mineral Development with 02 UPDF soldiers were shot dead by a suspected joint group of Turkana and Matheniko warriors and two guns taken by the assailants.

The incident occured on Monday afternoon at Kubebe area, Lokisilei Parish, Lotisan Sub-county, Moroto District where the officials were conducting a Mineral mapping exercise in the area. The officials had been assigned to pick soil samples from Lokisilei village in Lotisan Sub County in Moroto District. They were attacked about 40 kilometers away from Moroto town.

The three officials identified as Charles Olweny (male Adult), Kigwe Richard (male Adult) all from the department of Geology and Mineral survey and Musiime Edna (female adult), an intern student from Makerere University are said to have been attacked and killed alongside their UPDF escorts who are yet to be identified.

Brig Joseph Balikudembe, the UPDF 3rd division commander, told journalists that the geologists and their security escorts were attacked “out of ignorance” by the suspected rustlers who have been wreaking havoc in the sub region for years.

He said the translator who was in the geologists’ company explained to the suspected armed rustlers their mission but his words fell on deaf ears as the assailants opened fire at them.

“The translator managed to flee to his safety but the geologists being new on the ground had no option but to accept to be killed in cold blood, “he said Balikudembe.

AIP Longole Mike, the Ag. PRO Mt. Moroto revealed in a statement that the bodies of the deceased had been conveyed to Moroto Regional Referral Hospital mortuary where the postmortem has since been done, adding that the scene is yet to be revisited by a team of investigators.

“Other Proceedings will be communicated in due course as Joint security forces are committed in ensuring that the perpetrators of this incident are brought to book and two guns added to wrong hands will be recovered,” said Longole.

Balikudembe added that security forces are pursuing the assailants and that they will be apprehended because they can easily be tracked.

The motive of this incident is still a question of investigation.