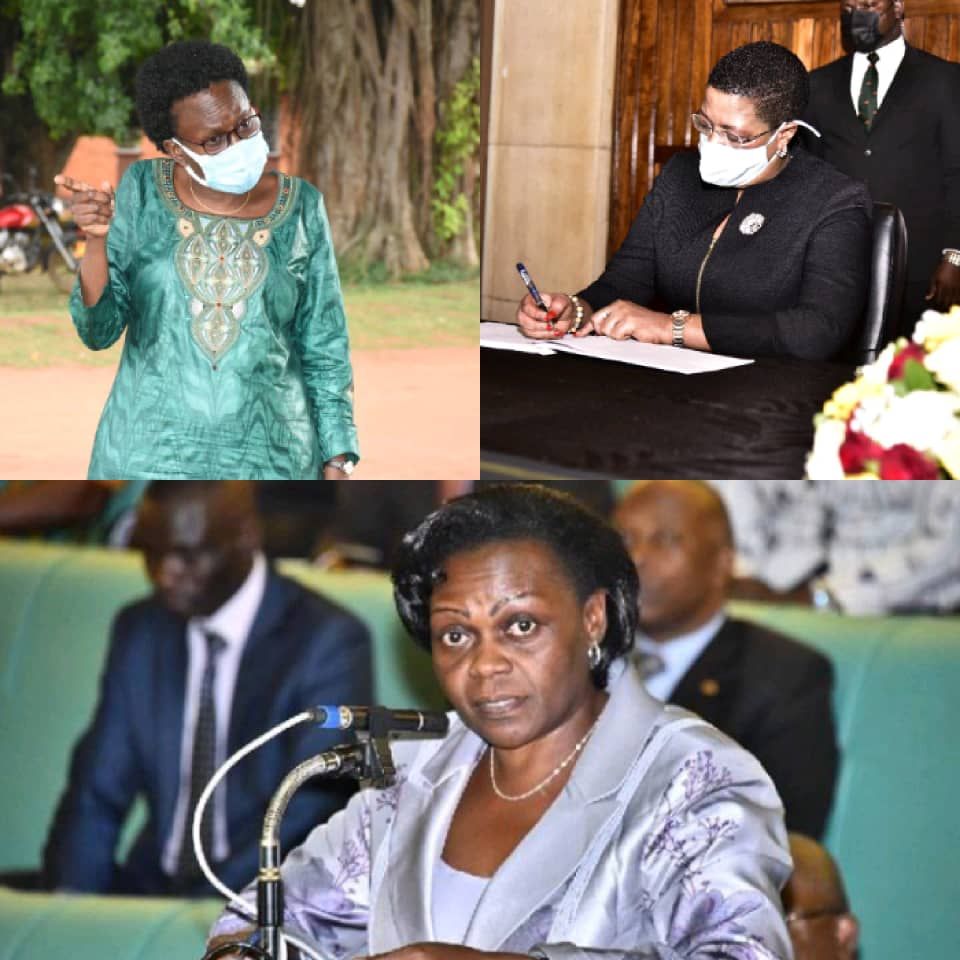 On Tuesday, the ruling NRM electoral commission started receiving expression of interest forms from party MPs willing to be the NRM flag bearer vying to replace Oulanyah as the next speaker of the 11th parliament, the 13 legislators expressed interest. These include;

Having chaired over 76 sittings because the Speaker fell ill shortly after occupying the office, several NRM MPs were today filmed rallying behind the Anita Among as their potential candidate for speakership.

“I am humble and I strongly believe in God, I’m doing this to avoid meeting Oulanyah one time and he says; why didn’t you try? I am availing myself. Nobody can ever be like Jacob Oulanyah but I have the ability to fill the gap,” said Oboth.

“I am a member of NRM, and I appeal to my party’s CEC, President of Uganda and fellow Members of parliament and the NRM Cuacus to receive my Speakership bid,” said Ssekikubo adding that he has wide experience referring to his work as an advocate of the high court.

Hon. Jackson Kafuuzi says he is ready to resign from his position should he be endorsed by the NRM CEC and Caucus for the Speakership race.

“I have vast experience of work right from primary school, secondary school and at university. After graduation, I lectured at Uganda Christian University, Arua campus for three years. Parliament needs a research-based debate and it is me to do that. I feel I have capacity to drive parliament in a pro-people direction,” said Atima.

Nomination forms have been picked by her personal assistant George William Ssebamala.

Whereas the legislators from the Northern Region have been campaigning for a regional card consideration, asking that the position return to Northern Uganda, the NRM electoral commission chairperson, Dr.Tanga Odoi says after expressing interest, the names will be presented to the top organ of the party for consideration.

Meanwhile, the leader of Opposition in Parliament, Mathias Mpuuga has said that the opposition will hold a meeting on Thursday to decided on the speakership race slated for Friday this week.

The position of the Speaker of Parliament fell vacant on Sunday, following the death of now-former Speaker Jacob Oulanyah who died in Seattle, United States of America where he had been flown for treatment.