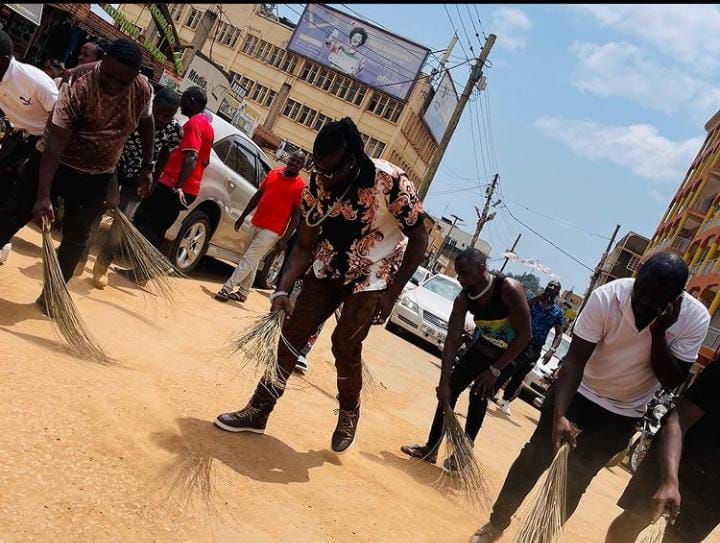 Written by kazofm.admin on February 15, 2022. Posted in Entertainment, News.

Singer Pius Mayanja, popularly known as Pallaso, spent Tuesday morning sweeping the streets of Masaka in apology for turning up late for a concert on Monday night.

On Monday, Team Good Music singer Pallaso was supposed to perform at a concert at Maria Flo Hotel in Masaka.

After all featured local stars had finished their performances, revelers who had paid their money with excitement of watching the headlining act’s performance demanded the organizers to produce the singer on stage. However, Pallaso was no-where to be seen which angered the crowd that turned chaotic.

Pallaso later showed up at 2am, but they were not ready to let him sing. It was after negotiations and deep conversations with the organisers, it was resolved that he would perform the next day.

To apologise for his act, Pallaso gathered a few of his friends and subjected himself to community work. They swept some of the streets in the Masaka center as they interacted with the locals.

Pallaso further issued his apology on social media through a series of posts and asked for his fans to forgive him.