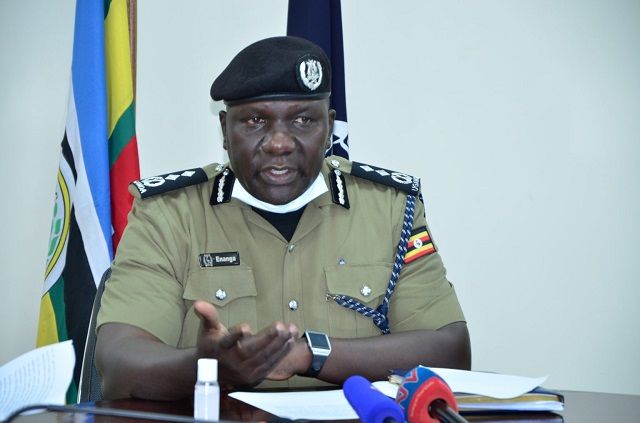 Written by kazofm.admin on February 15, 2022. Posted in National, News.

Police officer held over criminalizing a suspected case of adultery.

During a press briefing yesterday, Fred Enanga; the Police spokesperson said that Inspector of Police Julius Ogwang, attached to Kira Road Police Station, has been arrested over an incident in which he registered a case of adultery as a criminal case.

According to Enanga, adultery is supposed to be purely a civil matter and Ogwang will be charged with discreditable conduct, which upon conviction, can lead to dismissal from the force.

“Last week, we witnessed an incident in which a shameful matter of adultery where the two victims were arrested and interrogated on camera, in a manner that violated their privacy. Adultery is no longer a criminal offence in our country. Therefore, criminalizing it, is an act of unprofessionalism and abuse of authority, which the force cannot tolerate,” Enanga said.

He cautioned all married persons whether in estranged, complex or sensitive relationships, to respect the sanctity of marriage and use lawful means, instead of smearing one’s reputation.

Enanga advised that adultery can be used as a ground for civil processes like divorce, separation, custody of children and sharing of property under circumstances where victimized married persons have reported their matters to Police.

“These include complaints of elopement, where one elopes with a married person and stays with them, trafficking in persons, where a person uses their power or positions of superiority and takes advantage of the victim’s vulnerability or disability, and under domestic violence, where the victim is tortured physically or emotionally by the sexual behaviour of a married partner,” said Enanga.

Enanga said the arrest of Ogwang should act as a warning to other undisciplined officers, who look to gain from proceeds of their selfish interests, at the expense of the Uganda Police Force mandate.

“Other areas where the public, in conspiracy with selected officers, criminalize civil matters, are private debts, where thousands are threatened with arrest. We strongly condemn the criminalisation of civil matters in police,” he stated.

Enanga emphasized that the alleged actions of their officer (Ogwang) do not represent the majority of the exceptional police officers, who go above and beyond the call of duty, to protect life, property and the community, every day.