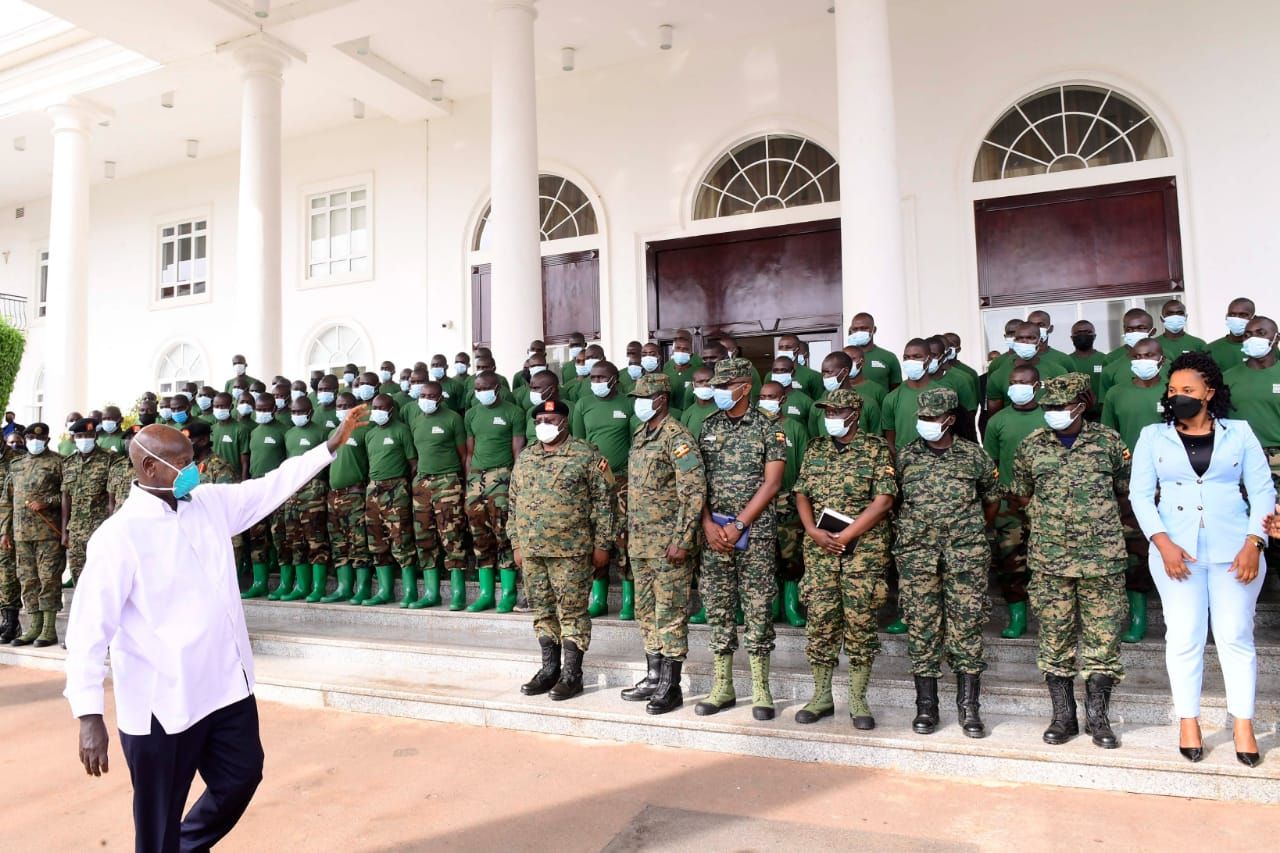 President Museveni, the NRM party chairman says he met a group of youths popularly known as Kikankane, formerly supporters of the National Unity Platform (NUP) at State House Entebbe and took them through an NRM ideological lecture and disabused them of violence and destruction.

Ssebugwawo Ahmed, the Kikankane group leader said that they were happy that they have finally reached heaven which they were constantly promised by NUP’s president Robert Kyagulanyi yet they were never taken.

President Museveni said: “I am happy that they have seen the light, they now have the right spectacles & speak the language of Patriotism, Pan Africanism, and Social-Economic Transformation.  If we work and there is looting and riots, how shall we develop?”

President Museveni urged the converted youths to ensure that there is no crime and added that the NRM from the onset has been emphasizing the prosperity of all Ugandans without segregation or destruction.