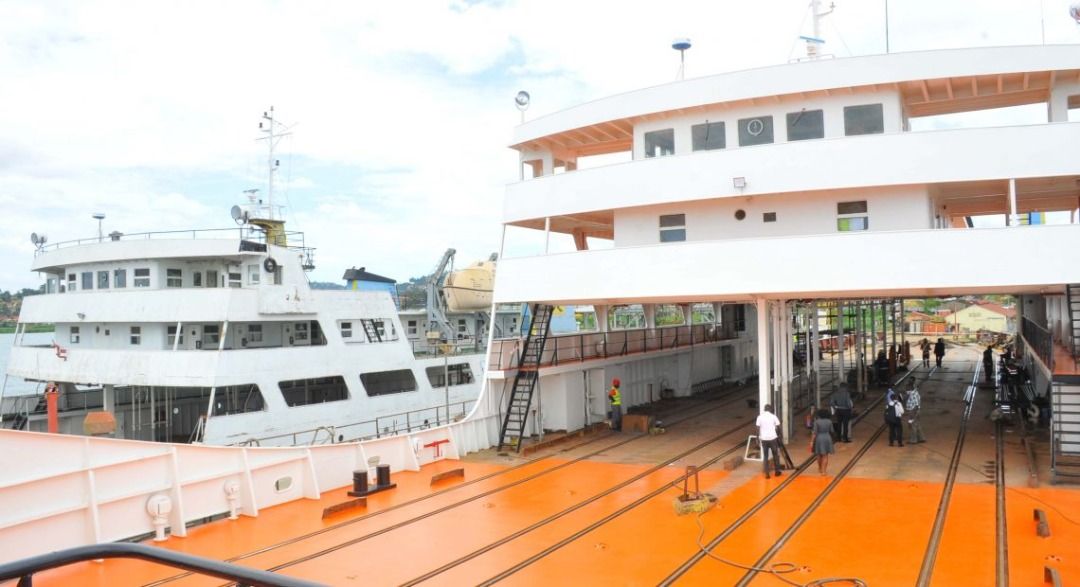 Written by kazofm.admin on February 10, 2022. Posted in Business, National, News.

Prime Minister Robinah Nabbanja has today commissioned MV PAMBA for its first commercial travel after sixteen years of being grounded.

Following its recommissioning, the rehabilitated MV Pamba, has resumed operations on Lake Victoria after being flagged off by Hon Nabbanja from PortBell, Luzira for its first commercial trip to Kisumu.

MV Pamba, a Ugandan-owned vessel, sank with huge amounts of cargo after colliding with its sister vessel MV Kabalega on Lake Victoria in 2005. The latter watercraft has never been recovered.

The rehabilitation of Pamba, estimated to have cost sh28.6bn, was undertaken by Mango Tree Group, a Chinese firm. Fan Shuchun, the chairperson of Mango Tree Group, said repairs of MV Pamba were completed in November last year and sea trial tests done in January.

General Edward Katumba Wamala, theMinister of Works and Transport has urged the business community, petroleum-based and other heavy duty companies to utilize MV Pamba to haul their cargo so as to reduce on the number of heavy trucks on our roads.

The minister added that the 24 crew vessel has a capacity to carry 22 wagons and will increase tonnage, with a monthly shipping of 21,000 tonnes of cargo expected, which he said will relieve the pressure on roads.

Stanley Ssendegeya, the managing director of Uganda Railways Corporation (URC), said the vessel has the capacity to transport 10,000 tonnes of cargo.

MV Pamba’s return to operations will complement the existing Roll on Roll off vessel MV Kaawa to haul cargo between the ports of Port Bell, Kisumu and Mwanza thereby boosting trade and transportation of Cargo on the Victoria waters.