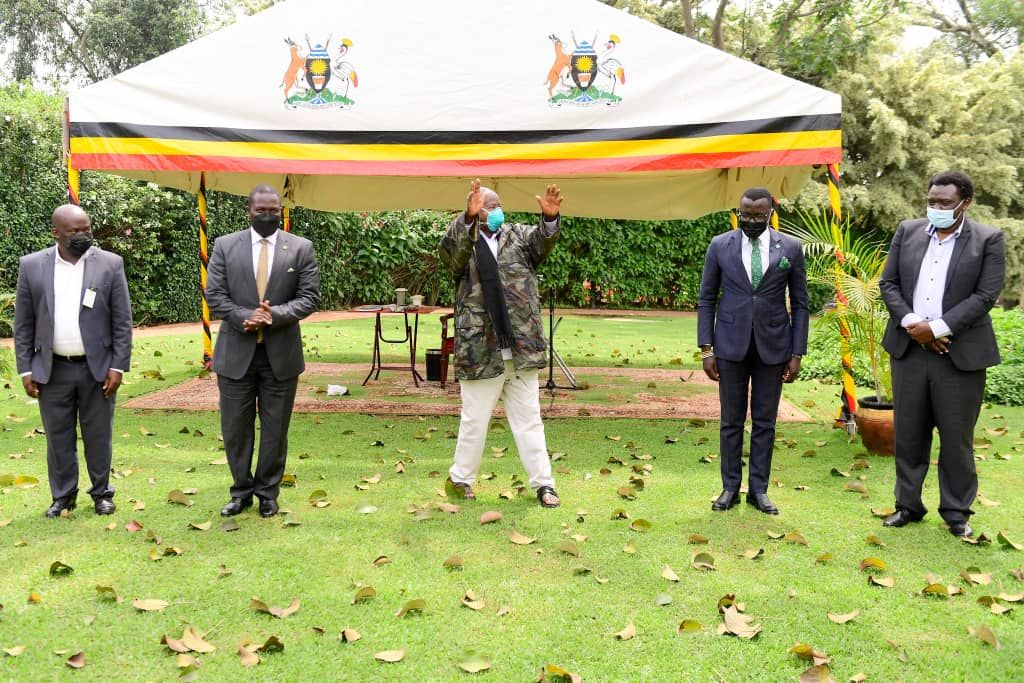 Written by kazofm.admin on February 10, 2022. Posted in National, News.

President Yoweri Kaguta Museveni; the NRM party chairman has suggested that leading opposition party, National Unity Platform(NUP) should be scrapped off the list of those supposed to benefit from IPOD funding for refusal to  join the political party coalition.

NUP recently said they will not join IPOD because the platform has largely been used to legitimize the NRM that has no regard or respect for democracy.

“The regime uses it (IPOD) for political gain, far from its intended objective of strengthening Uganda’s multiparty democracy. You will agree that in the past ten years of IPOD’s existence in Uganda, the democratic space has shrunk, going from bad to worse every successive year” said NUP Secretary General Lewis Rubongoya.

Speaking at this council, Museveni who is also the current chairperson of the IPOD urged all political parties in Uganda to work together and resolve the issues affecting the country.

Museveni says despite the political differences political parties should take lead in the promotion of peace and stability in the country.

“Because the idea is, although you have differences, please work for stability by sharing some common positions in a forum and the only forum is this one (IPOD),” said Museveni.

He noted that although IPOD brings together all political parties represented in parliament, some do not want to cooperate with others and therefore, these should not qualify for government funding under IPOD arrangement.

“It should even be put in the law that those who don’t want to be part of the forum, should not share that money since their work is contrary to the spirit of dialogue and unity for the country,” Museveni stressed.

According to the IPOD Council Chairperson, Richard Todwong, NUP is getting more funding than UPC, DP and JEEMA since these funds are allocated to the seven political parties in Parliament in accordance with their numerical strength.

At the May 2019 IPOD summit, President Museveni committed to increase public funding to political parties from shs10 billion to shs35 billion.

“Indeed, the shs35 billion funding was made available and in the January-March quarter, shs23 billion was released by the Ministry of Finance out of shs35 billion passed by parliament in the supplementary budget for funding political parties under IPOD,” Tadwong remarked.

President Museveni maintained his earlier position that 15% of the total amount should be shared equally among member parties for administrative expenses, another 15% to be allocated to the IPOD secretariat for joint activities for the member parties and 70% be allocated based on numerical strength of parliamentary representation of member parties.

IPOD is an organization that brings together all political parties represented in Parliament with a cardinal objective of promoting meaningful interparty dialogue in pursuit of the peaceful coexistence of national development activities.