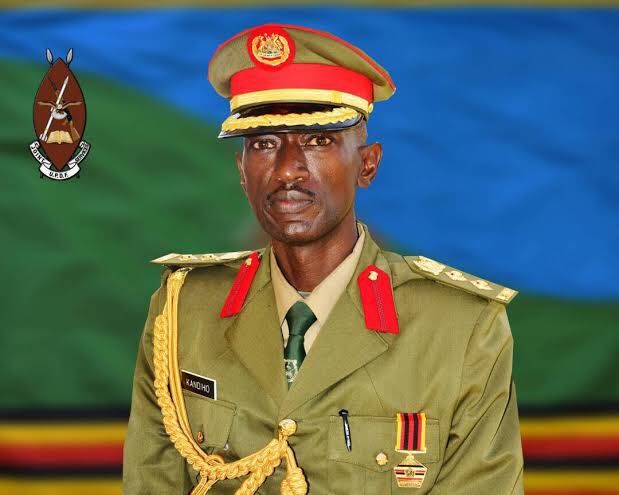 Written by kazofm.admin on February 9, 2022. Posted in National, News.

Government together with the former Chieftaincy of Military Intelligence(CMI) boss, Maj Gen Abel Kandiho have been sued over the alleged torture of Samuel Masereka, the coordinator of the National Unity Platform (NUP) in Kasese district.

In a case file before the Civil Division of the High Court in Kampala on Tuesday morning, Masereka a student of Medical Radiography at Earnest Cook, Mengo in Kampala says that on January, 7, 2022, at around 6pm while playing pool at a local pub in Kasese, three security operatives clad in UPDF attire attached to CMI arrested him and later confiscated his phone.

He says that immediately after the arrest, a pistol was pointed to his mouth and asked to remain silent, before he was dragged into a waiting drone car and whisked away to Kasese Central Police Station and later to Kilembe Police Post where he spent the night.

Masereka says UPDF operatives in the company of officer Bwambale then picked him from the cells on Saturday, 8, January, at around 9am and asked him to lead them to his home in Nyamwamba East.

Masereka added that while at his home, despite the absence of his lawyers, a comprehensive search was done & his laptop, national ID, flash disk, sim card and National Unity Platform documents used for mobilization were confiscated as exhibits. He says that he was later driven back to Kasese Police Station from where he recorded a statement and later handcuffed and driven to Kampala accompanied by 3 UPDF officers.

“Upon reaching Busega, I was hooded and then proceeded to an unknown destination. When the hood was taken off, we had reached our destination. I was totally undressed, even with no under garments and my particulars taken at the reception. During the night, I asked some of my fellow detainees where we were and I was told that it is Chieftaincy of Military Intelligence (CMI) Mbuya,” he said.

The court documents say the following day he was led for interrogation before four officers and that during the interrogation, he was asked about the funders and plans for the National Unity Platform, his phone conversation with NUP’s Lewis Rubongoya and the opposition party’s next move.

Masereka says he was tortured for several days after his answers never “amused” his interrogators, adding that at one time blood was oozing out of his mouth, nose, genital, and all over his body.

“The applicant seeks a declaration that the respondent’s actions of battering, flogging, intentional infliction of wounds, harassment waterboarding and torture while in detention at CMI Mbuya threatened and violated his non-derogable freedom from torture, cruel and inhumane and degrading treatment guaranteed by articles 24 and 44 of the 1995 Constitution and section 3(1) of the Prevention and Prohibition of Torture Act 2021,” the court documents say.