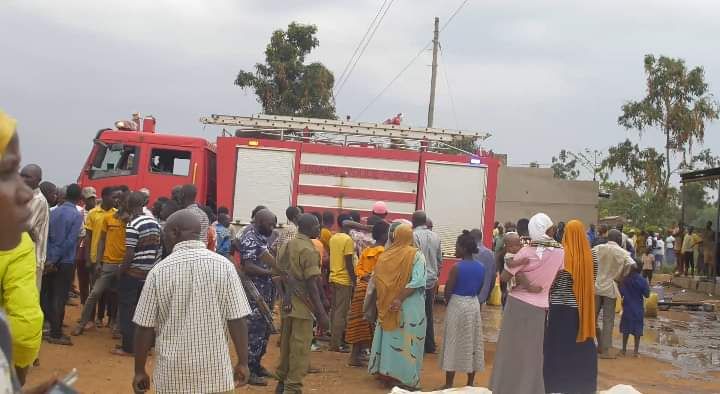 Written by kazofm.admin on February 2, 2022. Posted in Local, News.

Three family members have been confirmed dead and one other seriously injured after a fire broke out in their home in Wabomba cell, Nakaloke Town council, Mbale Northern Division, Mbale City on Tuesday evening.

Moses Okello, an eyewitness said one of the victims forgot to fasten the lid on the jerry can containing petrol and as the woman was lighting the charcoal stove, it caught fire and it spread very fast. Okello added that the neighbors’ attempts to rescue the deceased were futile.

Richard Wekesa, a resident of Nakaloke town council, said the deceased were burnt to death as they tried to rescue their properties.

Rogers Taitika, the Elgon region police spokesperson said preliminary reports indicate that fire is suspected to have spread from a charcoal stove on the veranda to the room where the victims had stored fuel that they sold in jerry cans and bottles as a family business for a long time.