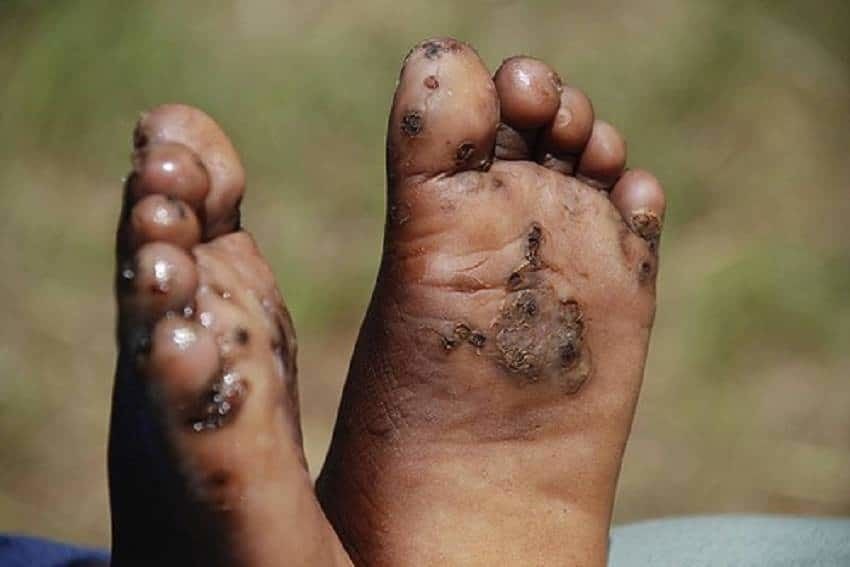 Over 5 villages in Bwayegamba Parish in Kigarama sub-county, Sheema district are reportedly infested with jiggers.

Perez kakyenga, Getrude Baziraake and Enoth Kahafu all residents of Bwayegamba say that over 80 families have been affected by jiggers calling for urgent assistance from government to fight the outbreak.

Gemmimah Buhanda, the district Chairman LCV advises the public to ensure proper sanitation because such illnesses originate from poor sanitation and lack of collaboration within the community.

Jiggers are a tropical skin disease caused female sand fleas, Tunga penetrans, which burrow into the skin of the host usually through the feet and hands which when untreated can result into deformation of the affected body parts.