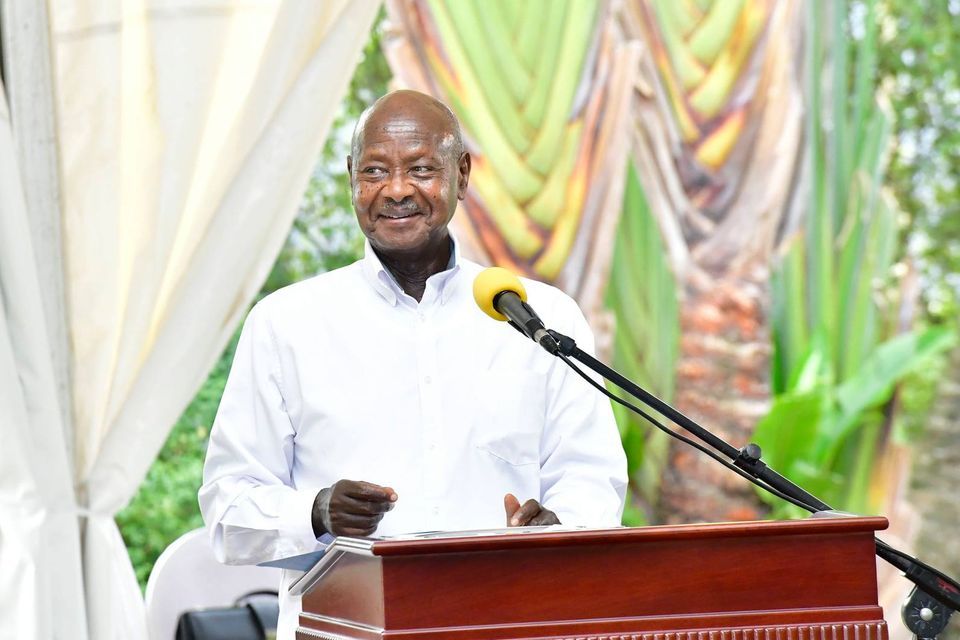 We are achieving Middle Income Status in this kisanja-Museveni

Written by kazofm.admin on January 26, 2022. Posted in National, News.

While addressing the country at Kololo Independence Grounds as during the 36th National Liberation Day celebrations, President Museveni made several the remarks about the economy, industrialization, education, agriculture, health and the Covid-19 pandemic.

“We are making our own cars now; we are assembling all sorts of things here. Vaccines and medicines. Our people are very active there. We are going to process our own papers and minerals as well. The journey ahead is very intense but also very profitable,” President Museveni remarked.

President Museveni said he is hopeful the tourism industry is yet to boom now that the country’s economy is open.

Museveni said if all Ugandans were to wake up and follow what they have been told just in Agriculture alone, the country’s economy would be more than half a trillion dollars. And that the country can be pushed to a high middle-income country with agriculture alone if people are given enough guidance..

“Tea, tobacco, sugarcane, and cotton are crops that can’t be grown on less than four acres. We have to add industries to add value. If we produce products of the right quality, we have the market. The issue of so much sugar and maize will be sorted. If the people in the region don’t want to buy them, we will turn them into ethanol,” he said.

President Museveni condemned military coups in Africa saying the problem happening in Africa today started in Libya. He made an invitation to African leaders to sit down & exchange views on how to build strength in Africa.

“What’s happening now is going to take us back because civilian leaders fail to build strong armies. I’m glad our brothers from Congo are here; we are working with them to stop that little problem of ADF. ADF is nothing; we will defeat them. They were here, but we defeated them. We have experience in defeating them,” President Museveni commented.