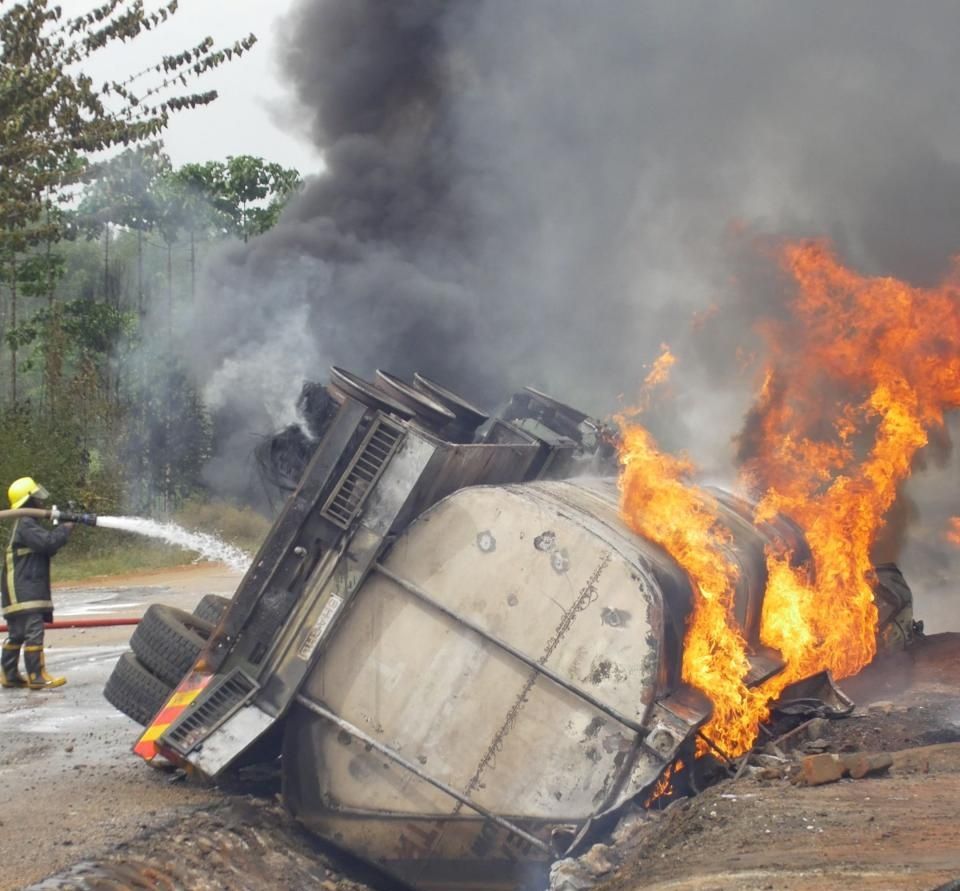 Two people have been reported dead and several others injured after a fuel tanker exploded from Mile Six along Mbale-Tororo road in Mbale City.

The incident happened after the fuel tanker knocked a boda boda rider, lost control and over turned multiple times.

By press time, the two bodies had not been recovered, however a rescue team comprising police officers and Red Cross officials is still on scene to put out the fire.

The Elgon regional police spokesperson Mr Rogers Taitika confirmed the accident and added that they have temporarily diverted traffic to other roads to avoid more casualties.

More details will be availed.