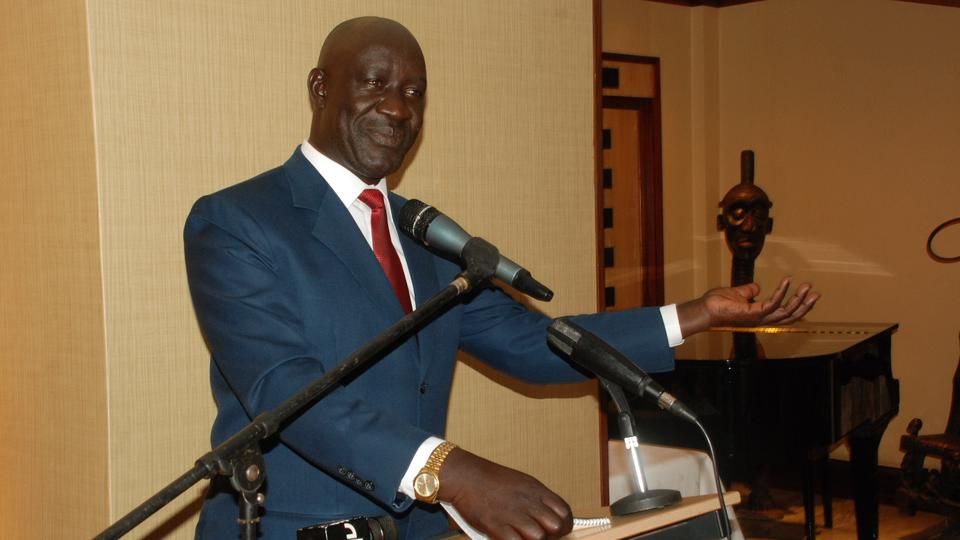 Police in Amuria district are holding a 39-year-old man for slapping the State Minister for Works and Transport, Hon. Musa Ecweru.

The suspect identified as Okurut Micheal, 39, is said to have walked to the altar like other congregants, knelt down and got his blessings after which he got up and slapped the minister as he was giving his sermon.

The suspect was immediately arrested and is currently detained at Wera Police station where a case of assault was opened and inquiries and investigation into the matter have since commenced.