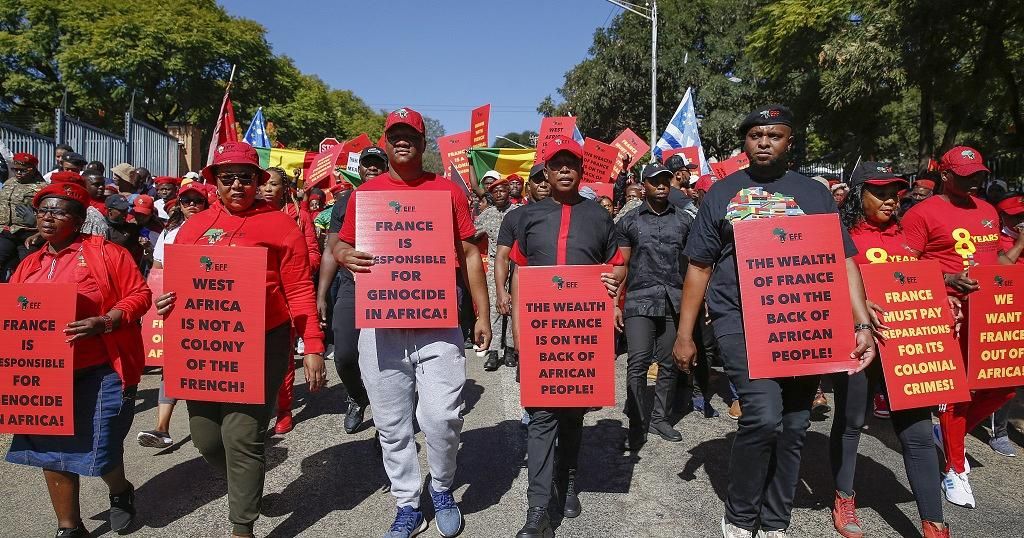 Economic Freedom Fighters protesters in South Africa marched to the French embassy in the capital Pretoria on Wednesday, demanding that France stop interfering in African affairs.

Julius Malema, leader of the Economic Freedom Fighters (EFF) said at the protest that France continues to maintain strong and intimidating military bases in almost all African countries they had colonial control.

This prompted hundreds of EFF supporters, the third largest party in South African parliament to join the protest dressed in red T-shirts and red berets as part of Africa Day commemorations.

Africa Day is commemorated every year on May 25 to mark the formation of the Organization of African Unity (OAU) in Ethiopia, which is now known as the African Union.

Several protesters were chanting that France must leave Africa while others carried placards condemning alleged French interference on the continent.

In their list of demands handed over to Aurelien Lechevallier, the French ambassador to South Africa, the EFF said France must end some of its colonial pacts it entered with its former African colonies such as using the franc as its currency, whose monetary policy is reportedly dictated by the French central bank.

“Africa will not be free until African countries reclaim their reserve banks and have their own currency as independent countries. It is for this reason that the unity of the African continent remains urgent, for Africans to stand together against imperialism,’’ said Malema.

The EFF also claimed that France has been playing a role in the many coup d’états and illegal and unlawful overthrow of many governments in the African continent.

The party also claimed that France is also responsible for keeping dictatorial leaders in the continent in power at the displeasure of many African citizens.

Responding to the allegations in an interview aired on state broadcaster, Ambassador Lechevallier said it is wrong for France to be blamed for all of the continent’s problems.

“France today is a partner and friend of Africa. We stand for an independent Africa and we want to strengthen our bond with Africa,” he said.