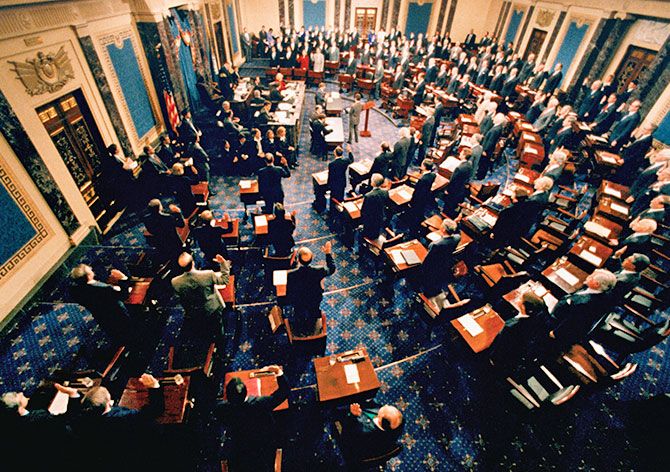 The US Senate has voted to approve a new $40bn (£32bn) bill to provide military and humanitarian aid to Ukraine.

The bill which was passed by the House of Representatives with broad bipartisan support on 10th May – was expected to be passed earlier this week, but was blocked by Kentucky Republican, Rand Paul over a dispute about spending oversight.

But the Republican’s Senate leader Mitch McConnell dismissed these concerns and told reporters that Congress had a “moral responsibility” to support “a sovereign democracy’s self-defence”.

The package which brings the total US aid delivered to Ukraine to more than $50bn, including $6bn for security assistance such as training, equipment, weapons and support is the biggest emergency aid package so far for Ukraine.

Ukraine’s President Volodymyr Zelensky praised the aid package as “a significant US contribution to the restoration of peace and security in Ukraine, Europe and the world”.