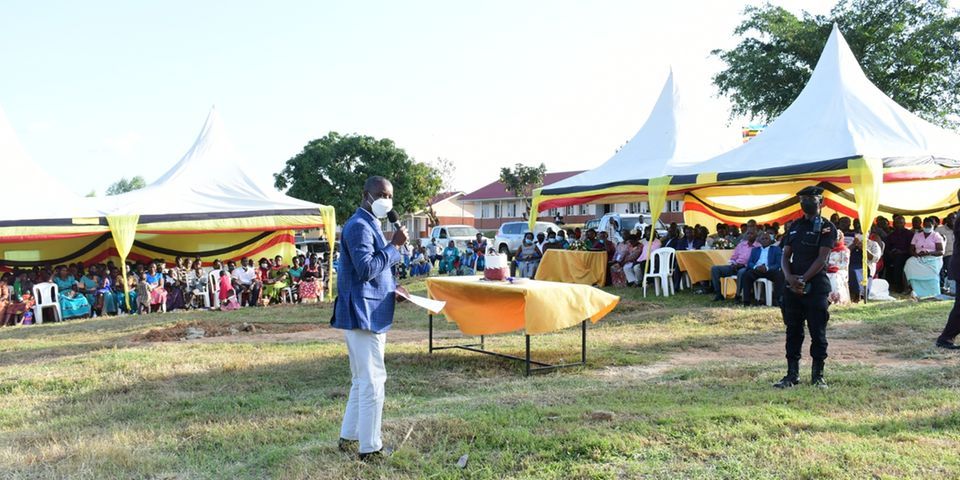 The deputy speaker of Parliament, Rt Hon Thomas Tayebwa has given a 3 months ultimatum to Khalisa construction company to rectify all the shoddy work that was done on Mayanga seed school in Mayanga Sub-county, Mitooma district or else they face law.

Representing the minister of Education and sports, Jannet Museveni as the guest of honour at the commissioning of Mayanga seed school, Tayebwa made the directive noting that with respect to the funds allocated to this project, there should be no reason for buildings to have cracked floors adding that the same company has been doing better work in other districts with the same amount of money.

Tayebwa attributed this to poor supervision from the district Engineer and the CAOs office and ordered for a team from Inspector General of Government’s office to come in one week time and do investigations.

He promised whoever did not do their work to be handled as the law suggests.

Speaking at the same function, Benon Karyeija the LCV chairperson Mitooma district revealed that whenever he could caution the concerned parties to rectify the problem, he was always seen as an enemy but luckily enough the truth has come in broad daylight.

He requested the deputy speaker to give them a serious hand in fighting such issues that portray a bad image to the government.

Samuel Ainebyona, the Mayanga Seed school Head teacher asked for quick intervation into these matters so that the school can fully be given to them which he says will uplift the education standards of the area.

Janet Museveni, the First Lady and Minister of Education and Sports, earlier this year revealed that government plans to construct up to 259 seed schools in several Sub-counties across the country under the Inter-Government Fiscal Transfer (UgIFT) programme.

Adding that the construction will be handled in three phases; the first one covering 117 schools, the second one will cover 115 schools and 27 schools will be constructed in the third phase all as part of the government’s commitment to implementing its policy of ensuring that there is a government secondary school in every Sub-county.