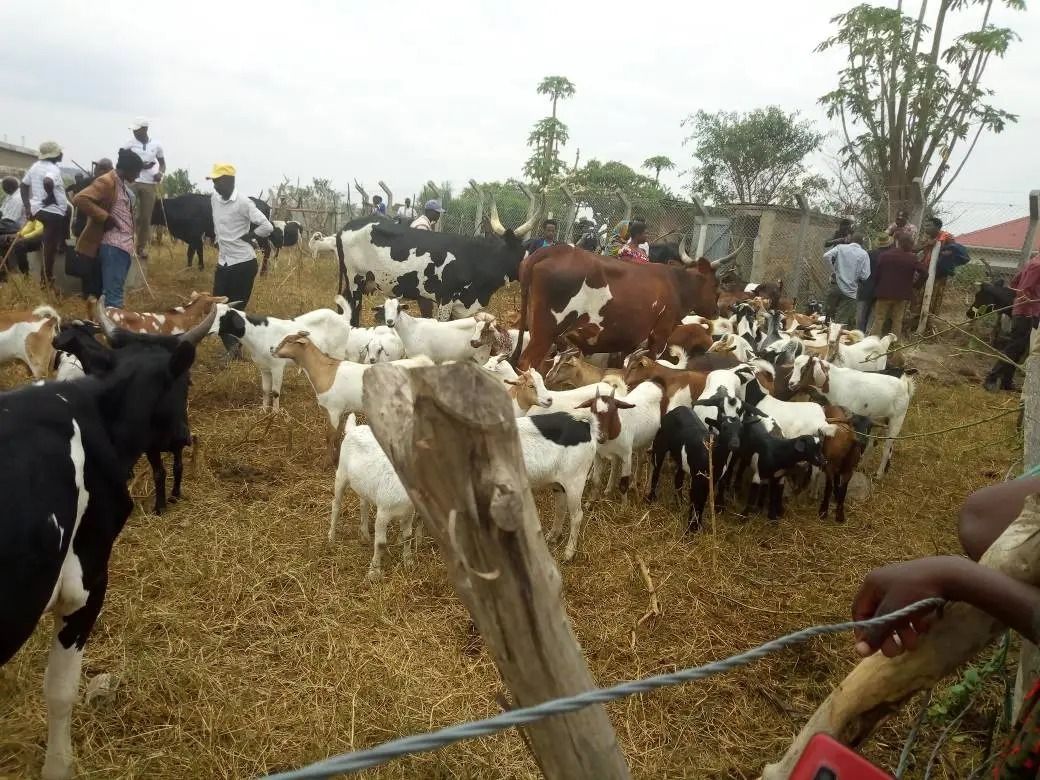 Kenshunga animal market and loading site in Nyakasharara-Kenshunga Sub-county kiruhura district, was on Thursday 5th May 2022 reopened after being closed for more a year.

The market closure was due to the outbreak of foot and mouth disease (FMD) whose first phase is said to have been in December, 2020 in Kenshunga in Kiruhura district and later spread like a wildfire to the neighbouring districts.

This forced the district authorities to put tough measure mitigating the wide spread of FMD including the closing of animal loading sites.

Speaking during the reopening, Matsiko Perez Mujwani, the LC III chairman Kenshunga Sub-county said that FMD severely destroyed the economy as loading sites have for a long time been inactive.

Mujwani however revealed that after the re-opening, about 150 cows and 50 goats were brought for sale.

Matsiko urged the traders to emphasize quality and not to bring animals from other districts to the market which could return the disease.

He further asked the traders to be patient and appealed to the local council chairpersons not to grant permission to animals that have not been cleared by veterinary officers.

Mujwani said that for fear of FMD returning to hit Kiruhura, they will focus on its prevention and promised to iron out the remaining issues with the district authorities, adding that he is hopeful they will soon reach an agreement.