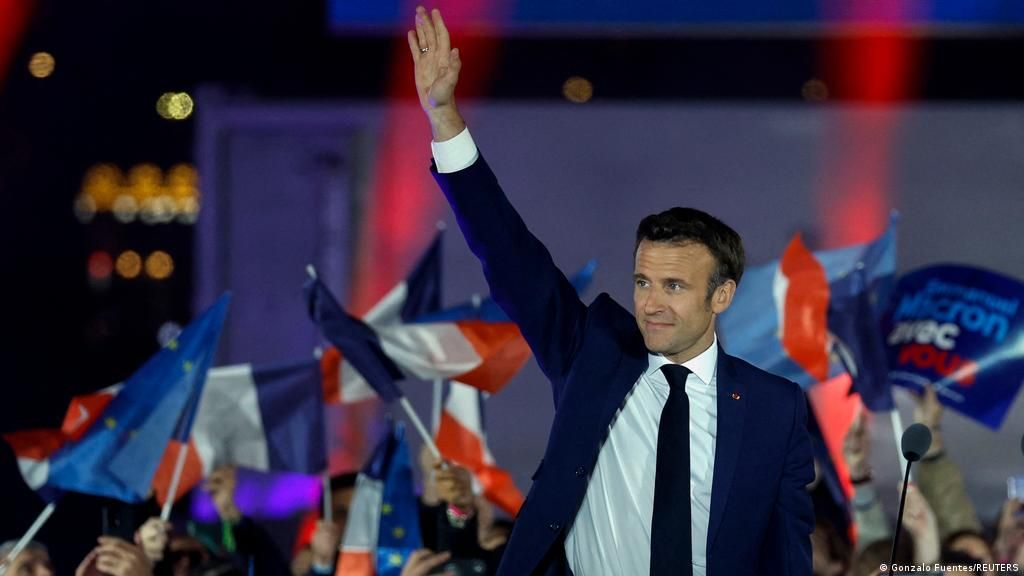 Emmanuel Macron has won five more years as the president of France after a convincing victory of 58.55% over rival Marine Le Pen’s 41.45%.

The centrist leader (Macron) who won by a greater margin than expected told jubilant supporters at the foot of the Eiffel Tower that now that the election was over, he would be a “president for all”.

Le Pen conceded defeat saying her vote share still marked a victory as she secured the far right’s highest share of the vote yet.

She told her supporters that the ideas her National Rally represented, had reached new heights.

In his victory speech on Sunday night Macron said it would be his responsibility and that of those around him.

“An answer must be found to the anger and disagreements that led many of our compatriots to vote for the extreme right,” said Macron.

Macron’s victory was welcomed by several European leaders with relief, as they feared a far-right candidate was offering a series of anti-EU policies.