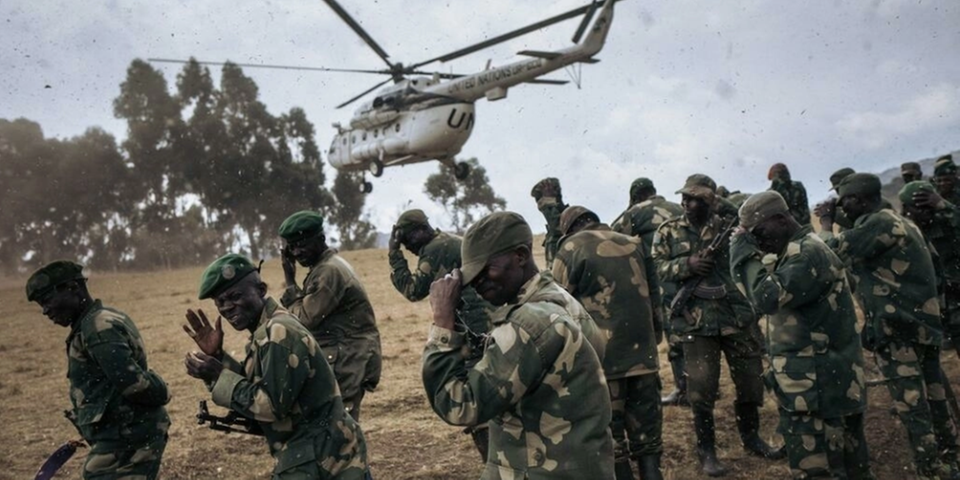 UN and Pakistani officials have revealed that eight UN peacekeepers were killed after 1 PUMA Helicopter crashed while undertaking a reconnaissance mission in the troubled eastern Democratic republic of Congo (DRC).

Antonio Guterres, the United Nations Secretary General in New York confirmed the crash which occurred on Tuesday and claimed lives of six Pakistani troops, a Russian and a Serb.

The UN spokesperson, Stephane Dujarric says no one survived after the said helicopter crashed in North Kivu province where the eight U.N. peacekeepers on board had gone to monitor the situation where there has been fighting.

The UN Stabilization Mission in DRC (MONUSCO) said earlier in a tweet that it had “lost contact” with one of its helicopters which was on a reconnaissance mission in the Rutshuru region of North Kivu province where Congolese forces have been battling M23 rebels.

The UN mission said the cause of the crash is yet to be established as an investigation is underway.

Meanwhile, the Congolese army continues to accuse Rwanda of supporting an armed rebellion in the east of the vast country alleging that M23 emerged from an ethnic Tutsi of Rwandan origin.

M23 spokesman, Willy Ngoma, in a video message, said the movement was strictly Congolese and did not receive “any assistance… from any neighbouring country.”