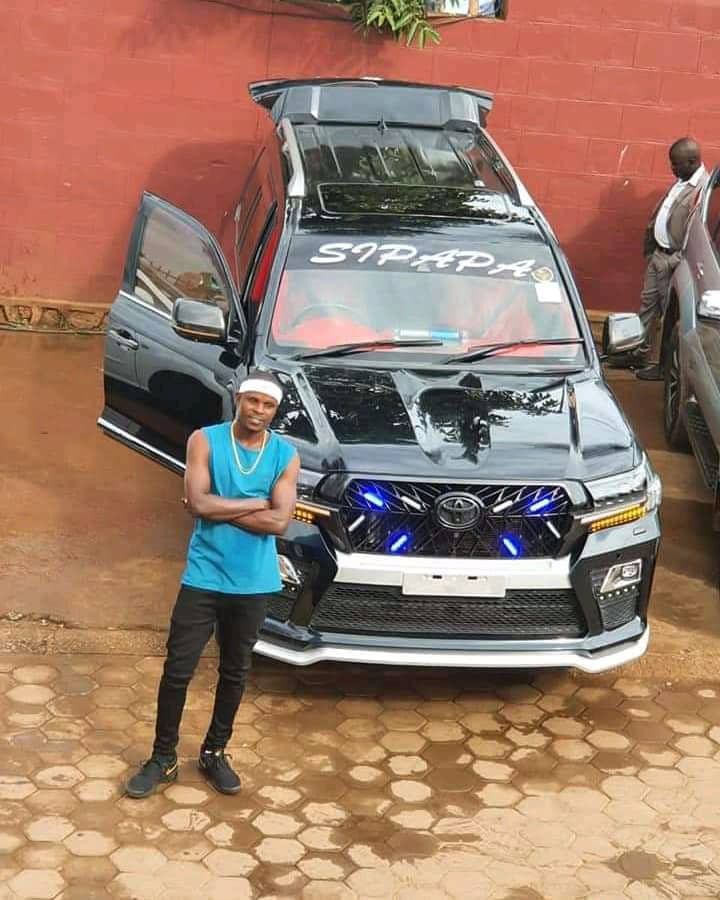 The Inspector General of Police, Martins Okoth Ochola has directed the Traffic Police Director to ensure vehicles belonging to Charles Olim alias Sipapa are impounded for becoming a menace on the road.

In an incident that happened over the weekend at the Naalya Kiwatule roundabout, Sipapa was driving a numberless vehicle in company of armed security personnel when he knocked a man’s car after-which he allegedly threatened to beat and shoot him.

The incident was followed by social media complaints with members of the public asking security to intervene in Sipapa’s behaviour.

Speaking in response to questions about Sipapa’s impunity of rowdy behaviour on the road and driving numberless vehicles, the police spokesperson, Fred Enanga said the matter had been brought to the attention of the Police chief with emphasis that the self-proclaimed socialite is not larger than life.

While addressing the press on Monday, Enanga said the matter was brought to the attention of the IGP Ochola. “It has been well acknowledged and instructions to the Police Traffic and Road Safety Director to ensure the vehicle is traced wherever it is,” said Enanga.

On several occasions, Sipapa who has been cited moving in a convoy of two vehicles has been accused of knocking other road users and taking off thereby disregarding other road users. He has reportedly walked away untouched in most of the incidents he has been involved in.

Enanga promised to reach out to the Traffic Police director to find out the whether Sipapa’s vehicles have been impounded or not as had been directed by the IGP. Enanga added that since the directive was acknowledged by the IGP and instructions given to the director, the respective authority would ensure action is taken.

Speaking about the hit and run scuffle with a Benz owner days back, Sipapa asked his victims to accept his success that he has after all worked for saying he is a rich and simple man who supports the regime in power because of the benefits he enjoys as a stake holder adding that he might be another member of the first family.

“My mother was a woman who like others might have seen a lot of men. So don’t be surprised if I’m President Museveni’s son,” he said.