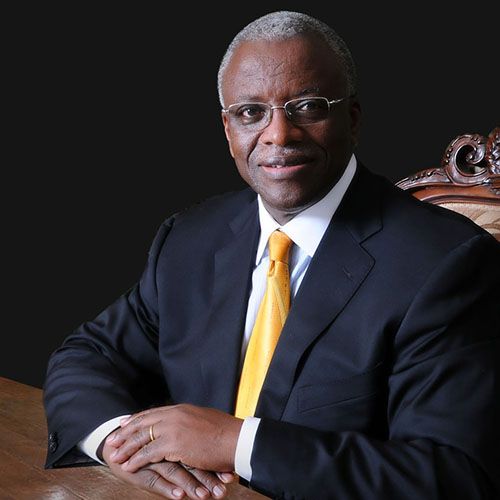 Following his recent travel with President Museveni to Congo Brazzaville and Senegal at the invitation of President Macky Sall, the current chairperson of African Union, the duo witnessed the launch of the Africa Global Security Foundation on February 13 in Dakar, Senegal.

Appearing at his first media briefing at Kololo-Kampala on Wednesday, Mbabazi said the Foundation will primarily focus on security, international affairs, and how to improve safety of member states of Congo-Brazzaville, DR Congo, Togo, Mauritania, Senegal and Uganda.

Mbabazi who will be deputized by Jean-Yves Ollivier, the champion of backchannel diplomacy said after the meetings with several African heads of state and other regional players, he has the confidence of the leaders who currently subscribe to the organization.

“The Presidents of the member states, including President Museveni, have confidence in me. My Pan-Africanism is known, and I have been consistent in my support for African liberation. My pedigree on security is self-evident,” Mbabazi said.

Ollivier is most famous for his role in the Brazzaville Protocol in 1988 which ended South Africa and Cuba’s involvement in the Angolan war.

Mbabazi revealed that the foundation remains open to all African states that subscribe to its objectives and are willing to participate in it.

“This will hopefully contribute to the shaping of member states foreign and security policies in the increasing dynamic environment and help build a safer and more stable region and world,” he said.

Several countries in Africa, including Djibouti, Mali, Madagascar and Guinea, Central African Republic (CAR), Burkina Faso and many others have been hit with attempted and successful coups.

In renewed ties President Museveni also appointed Mbabazi as a presidential envoy to the Great Lakes Region (South Sudan and Ethiopia) in October 2021.

“So he offered me (the job) and I accepted to be the special envoy on the Great Lakes Region, South Sudan. And I agreed because I believe in peace, I believe senseless war is something all of us must bring to an end and I am happy to play my part in that effort,” said Mbabazi.