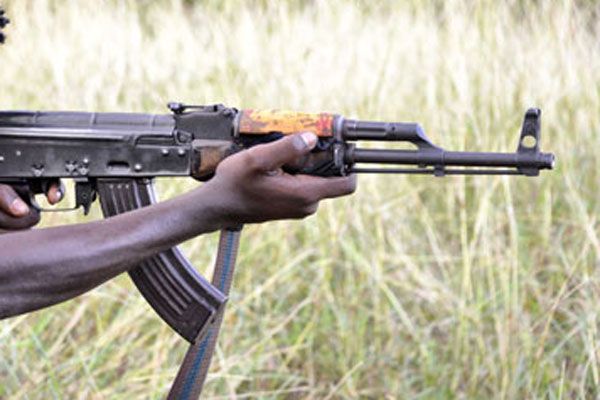 Man shot trying to steal from a Police Station.

Police in Fort Portal Central Division is investigating a case where one person was shot on Wednesday night on allegations of stealing from a vehicle parked at a police station.

Anguyo Jaffar, a Police constable attached to FFU Fort Portal Central Police Station said he saw an unidentified man suspected to be in his 20s stealing a spare tyre from a taxi, REG No. UAW 073P which was parked next to the Quarter Guard.

PC Jaffar who was on duty tried to stop the suspect but the latter removed the tyre and started running.

A case of stealing from a vehicle was opened pending investigations. The tyre and metallic rod which were recovered from the scene taken were taken as exhibits.

The suspect was arrested and rushed to Buhinga Regional Referral Hospital where he is still receiving treatment.

Police preliminary investigations indicated that the suspect had planned for the theft with intentions of breaking into any vehicle as he calculated the movements of the station guard.