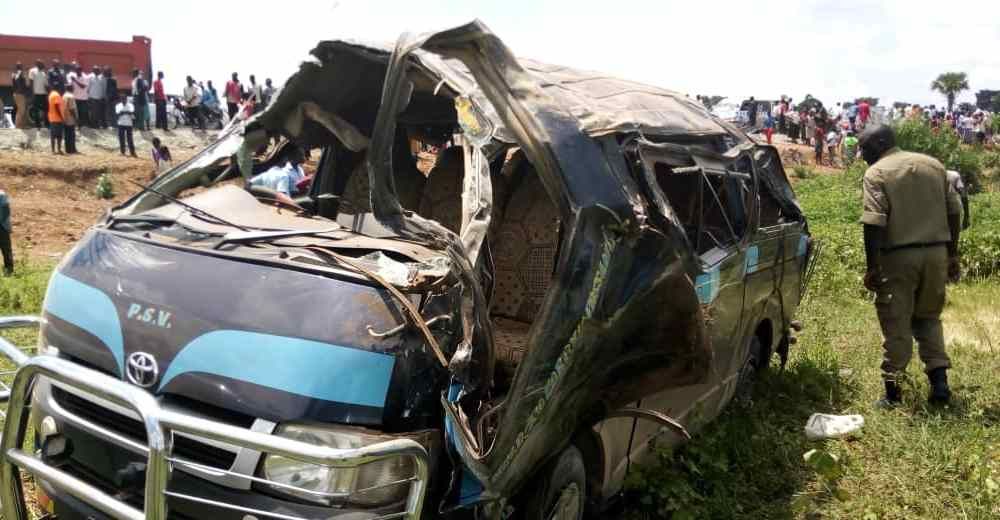 Around 9:00 pm last evening, Police at Njeru registered a fatal accident where a Toyota Hiace REG No. UBH 683E lost control and rammed into the Tata truck REG No. UAT 279J.

The tragic accident happened at Kitigoma village along Jinja – Kampala highway in Buikwe District as both vehicles were heading towards Jinja from Kampala.

Faridah Nampiima, the Spokesperson, Traffic and Road Safety Directorate confirmed the incident noting that two male adults died moments after being rushed to the hospital and six other passengers, who were severely injured, were rushed to Jinja hospital for treatment.

Police is yet to identify the victims of the accident.

Nampiima urged drivers to be cautious on the road and drive carefully, especially during this season when people are returning from villages.