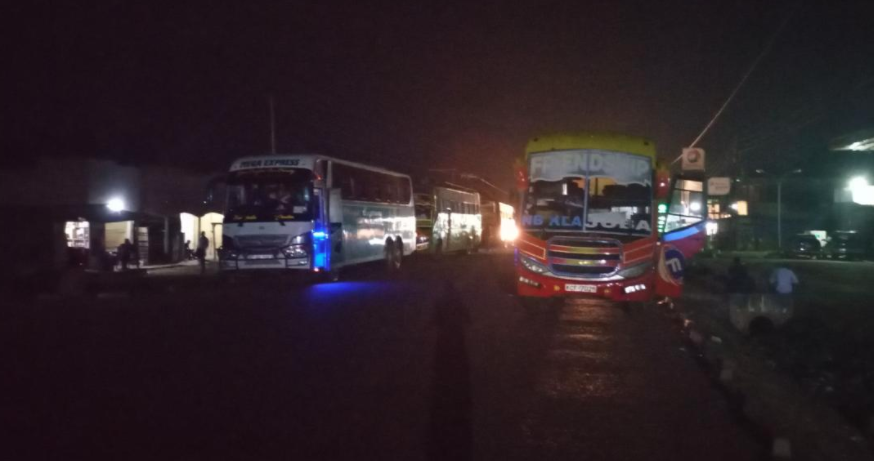 Hundreds of travelers using the Northern Uganda route were last night stranded when police impounded the buses they were travelling in for violating curfew.

The buses were impounded at Kamdini Checkpoint in Kamdini Town Council in Oyam District.

The impounded buses including Eastern Nile Coach REG No. UAK 206G, Friendship Bus KCF 702G, Mega Express UBK 798P, and Real Bus UAM 834Y, among others were reportedly impounded after their arrival between 11pm and midnight, leaving the travelers stranded as some slept in buses while others loitered in the township.

Police manning the roadblock released the buses at 4am after cautioning the drivers against violating curfew time.