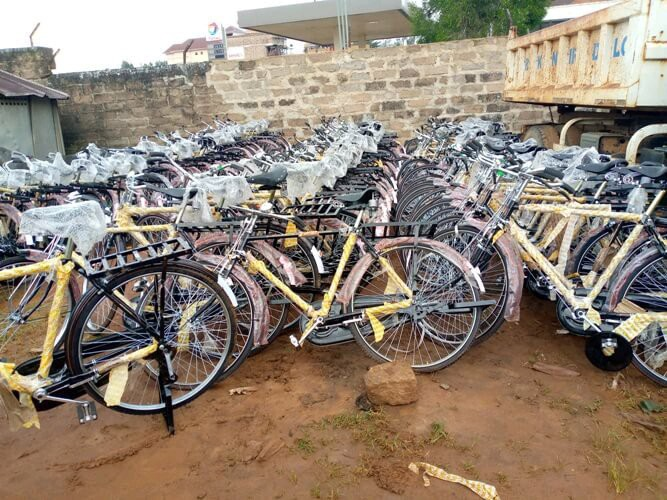 LC I and II Chairpersons demand for better transport means

LC I and II chairpersons in Mbarara City have expressed dissatisfaction with government initiative of giving them bicycles to ease their transport.

While receiving the 210 bicycles at mayor’s gardens in Mbarara city on Tuesday, a section of chairpersons said they are too old to ride bicycles at their age to monitor government projects.

Agaba Antony, the LC I chairperson Kiyanja cell in Mbarara city north said that since they are in urban setup, bicycles are not the best transport means to consider.

He added that the government should revise the decision on both bicycles and the UGX 10,000 allowance given to chairpersons every month because they deserve better.

Robert Mugabe Kakyebezi, the city mayor noted that bicycles given to LC I chairpersons are meant to facilitate community mobilization and fighting domestic violence in their villages.

While handing over bicycles, Lt Col James Mwesigye, the RCC Mbarara city asked the chairpersons to fight corruption in their villages adding that the issue of salaries and allowances of Local Government political leaders will be addressed later.