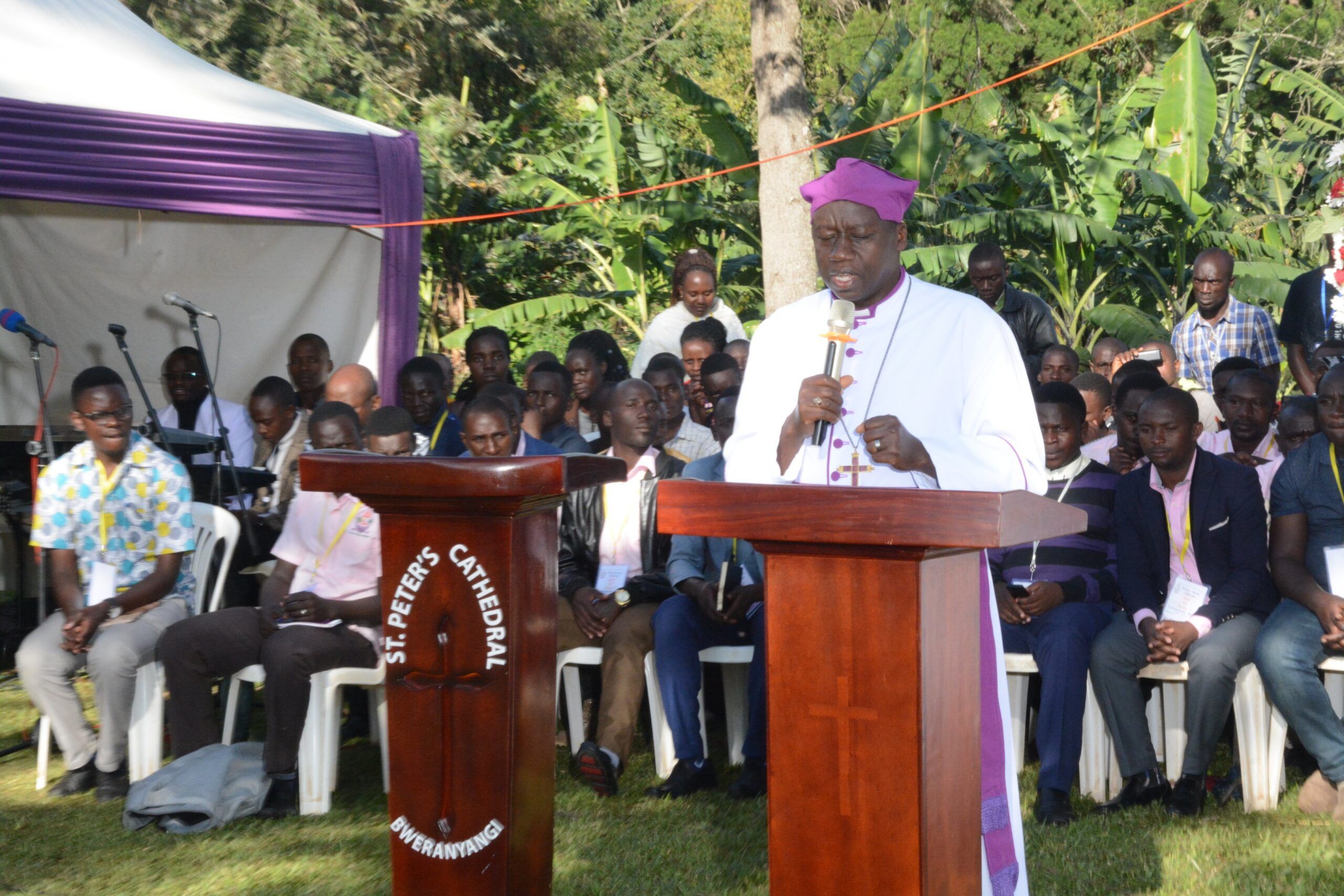 Written by kazofm.admin on January 9, 2023. Posted in National, News.

The Bishop of West Ankole diocese Rt Rev Johnson Twinomujuni has warned Christians against hosting people claiming to be bishops and clergy saying there are many fraudsters posing as servants of God.

Bishop Twinomujuni made these remarks on Sunday while closing the 14th youths and students Convention organized by West Ankole Diocese held at Bweranyangi hill.

Bishop Twinomujuni said that Christians should not just allow anyone claiming to be God’s servant into their homes unless they have been commissioned by the Church.

Deo Atuhaire, the Buhweju LC V chairman asked government to investigate religion issues saying one had been arrested in Buhweju calling himself Bishop and soliciting money from the people.

Speaking as the guest speaker, Margret Rwebyangu, the woman MP Mbarara district hailed the diocese for organizing such annual events saying this convention has challenged youth to review their economic, spiritual and social lives.

The 14th Annual youths and students’ convention which was held at Bweranyangi Hill from 5th to 9th January 2023 under the theme; “Be Wise” Ephesians 5: 15 was attended by several clergy, dignitaries from government and thousands of Youths who came for spiritual nourishment.