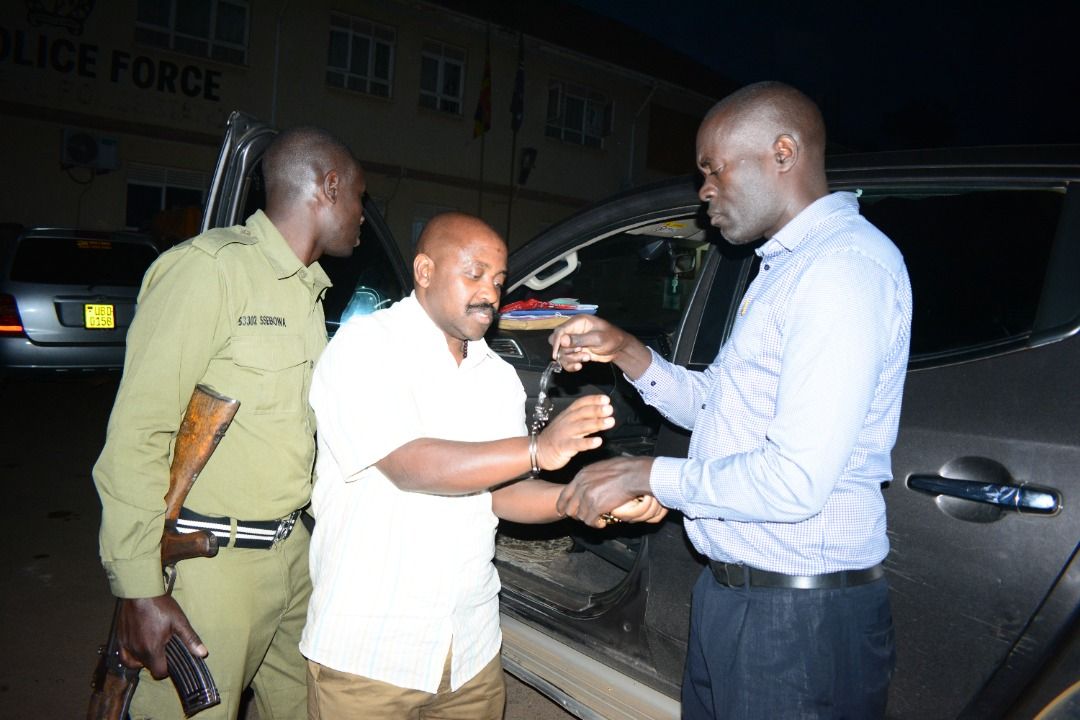 Tumwiine Evarist had been arrested for conspiring to process & acquire a land title of up to 14.62 hectares of government land that houses a health Center III, 2 cattle dams, LC 11 Administrative Units and play grounds among others at Kyarwabuganda Village, Kakoma Parish, Kakiika Subcounty in Mbarara district.

Upon his arrest, Tumwiine was also found in possession of 2 Identity Cards indicating that he is the Senior Staff Surveyor of Masaka & Mbarara under Ministry of Lands, Housing and Urban Development.

It is said that the suspect also had land applications, original land files & land titles.

Tumwiine then sent the bribe through his friend Mungereza who has also been arrested for offering and giving a bribe.