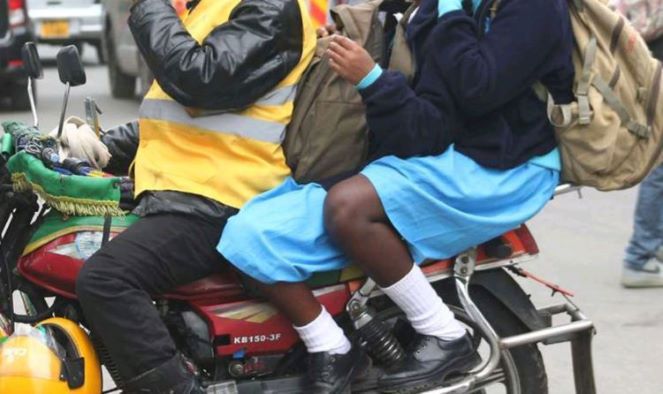 The chief Magistrates court in Bushenyi District presided over by Toroko Simon has sentenced two boda boda cyclists to eighteen months in jail on charges of defilement.

The suspects identified as Ahimbisibwe Pastor, 40, and Regan Byamugisha, 24, both boda boda cyclists at Rwenzori stage in Ishaka town are accused of defiling a primary six pupil at Kabira Primary School in Mitooma district.

It is said that on that fateful day, the Father to victim trusted Pastor with his daughter to take her to School but he instead diverted her to a lodge before he called Regan Byamugisha who also took the girl to another lodge and also had sexual relations with her.

Both suspects were on Thursday not allowed to take plea and were sent to Nyamushekyera prison for 18 months.