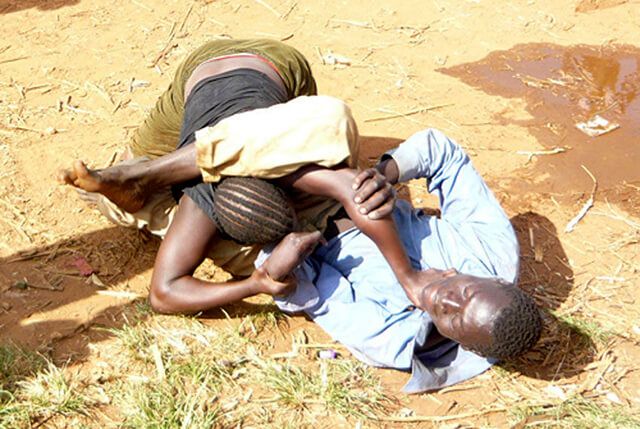 Police in Kanungu District have arrested a 40 year old man identified as Stephen Niwagaba for allegedly murdering a 53 year old man who attempted to rescue his wife from being beaten.

Elly Maate, the Kigezi Region Police Spokesman confirmed the incident and identified the deceased as Geoffrey Mbahita, a resident of Bushanja cell, Northern ward, Kanungu District. It is reported that the deceased was responding to an alarm made by the suspect’s wife as she was being beaten by the suspect at their home.

Maate told journalists that the incident allegedly that took place on Tuesday night at the above address when the deceased, in the act of trying to separate them annoyed the suspect who cut him with a panga several times and he later succumbed to injuries.

Banet Atuhaire, one of the residents informed the police and they swiftly visited and documented the scene and retrieved the body to Kanungu Health centre IV mortuary for postmortem examination.

Maate disclosed that at the time of visiting the scene, Nuwagaba (the suspect) had fled the scene.

Muhereza Charles, the OC Kanungu Police Station says the suspect was later arrested and is currently detained at Kanungu District Central Police Station waiting to be charged in court of law for murder.