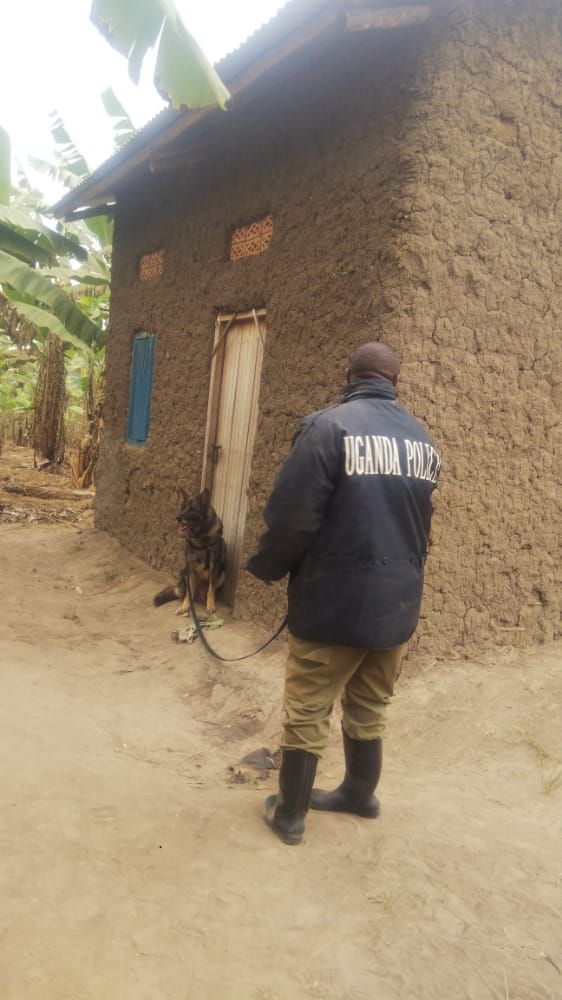 5 arrested for murder of a two year old child in Sheema.

Territorial Police in Greater Bushenyi are actively investigating circumstances under which a two and a half year old female juvenile identified as Christabella Kemigisha was murdered in Sheema district.

Martial Tumusiime, the Greater Bushenyi Police Spokesman revealed in a statement that the deceased who was residing with her mother one Nuwarimpa Stella, a resident of Mutanoga cell, Kigarama parish, Kigarama sub-county in Sheema district was killed and her body dumped in front of their neighbours’ home identified only as Constance.

It is reported that on Monday, the deceased disappeared from her grandfather’s home until her body was found dumped at the home of their neighbour on Wednesday.

Tumusiime explains that a team of police officers of homicide detectives including SOCO and canine visited the scene whereby with the help of the Police sniffer dog, exhibits including a hoe, a log and clothes of the deceased were recovered at the house of Byamukama Justus, stained with blood.

Police has since arrested and detained Byamukama together with 4 accomplices as investigations into the matter continue.

Tumusiime condemned such brutal and cold-blooded acts of murder adding that the body of the deceased has been conveyed to Kabwohe health center IV for postmortem examination.