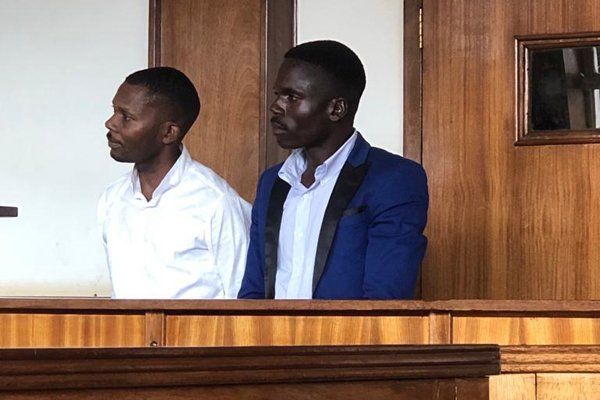 Buganda Road Chief Magistrate on Tuesday sent two pastors and three bar proprietors on remand after they were arrested and arraigned in court on charges of noise pollution.

The two pastors identified as Edward Mukisa and Herman Ssebunje from Nkumba Miracle Centre in Bendegere village in Katabi Town Council, Wakiso District and the proprietors of Hide Out Bar and Lounge in Kololo, Sisay Beruke, Tigsti Melkamu and Steven Ssetumba, appeared in court the on charges of noise pollution and pleaded not guilty.

According to a statement from National Environmental Management Authority (NEMA) dated June 29, 2022, the suspects were arrested last week in an ongoing operation against noise pollution in the country triggered by numerous public complaints.

The National Environmental (Noise Standards and Control) Regulations, 2003 defines noise pollution as “the release of uncontrolled noise that is likely to cause danger to human beings or damage to the environment.”

Prosecution said that since 2019, the two pastors have engaged in Church activities including singing clapping, Yelling and using Loud Speakers that resulted in aggravated disturbance or pollution of the Environment.

The suspect were hence charged with “failure to undertake an environmental and social impact assessment, engaging in activities that result in or aggravate pollution, discharging and emitting pollutants into the environment, failure to implement regulatory measures, orders, notices and environmental easements as required by the National Environment Act, 2019.”

Tony Acidria, the senior public relations officer at NEMA said the suspects were arrested during the latest operations for being notorious noise polluters and some of the loudspeakers were also impounded from the church.

“They are repeat offenders because the noise levels when measured were above the permissible level of 60 decibels during the day and 40 decibels in the night for places of worship in residential areas,” said Acidria.

According to NEMA, the measurements showed that the church was emitting noise levels in the range of 60 and 86 decibels, above the permissible noise levels upon inspection by officials from NEMA led by Isaac Mugabi.
The law defines daytime as running from 6am to 10pm and night hours as running from 10 pm to 6 am.

Acidria said NEMA had severally sensitized the pastors and other church administrators and warned them to control the noise from their church in vain.

NEMA requires establishments such as places of worship, recreational and production activities either submit project briefs or undertake environmental and social impact assessment to enable relevant authorities to guide their operations to ensure that aspects of the environment including noise, air, and water pollution are not compromised.

If convicted, the suspects face a fine not exceeding fifty thousand currency points, the equivalent of UGX 1 billion, or a maximum jail term of 15 years, or both.