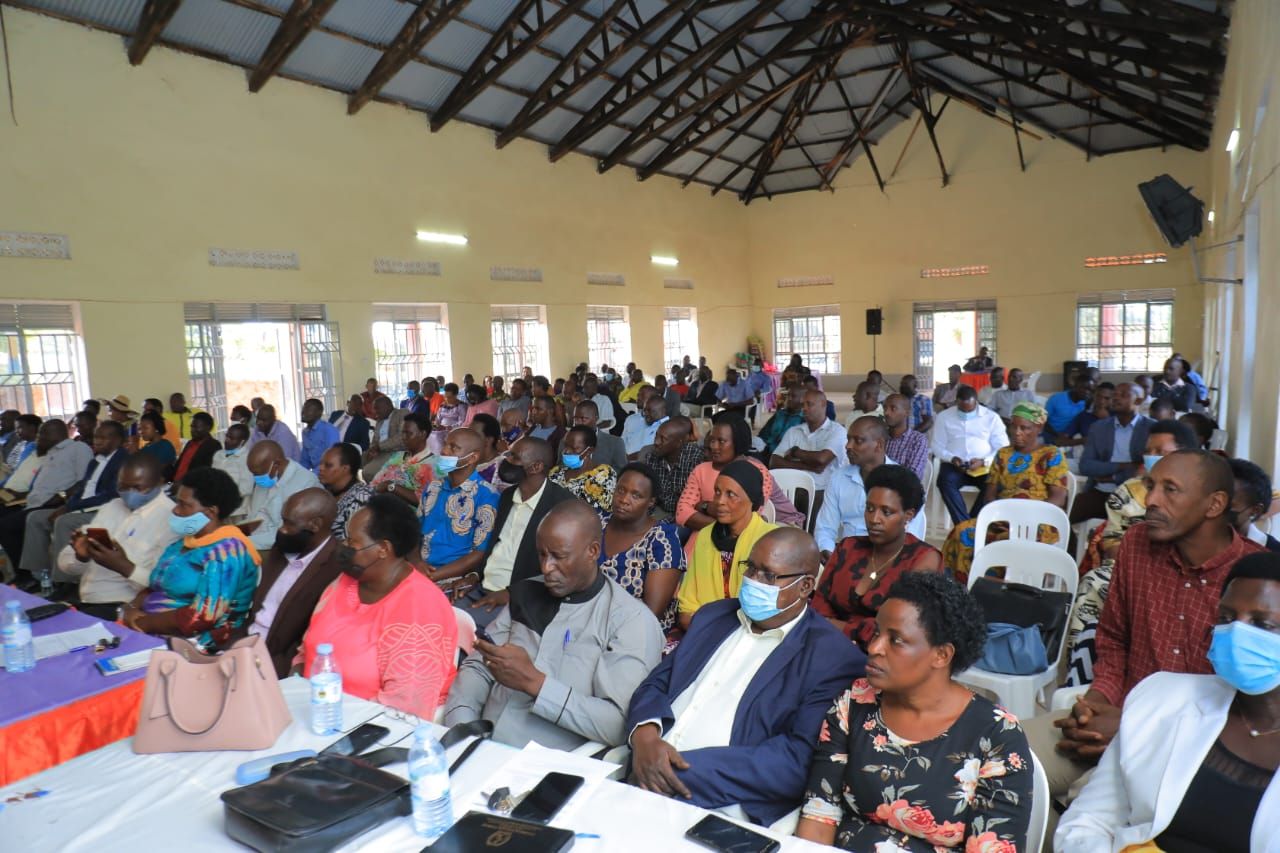 Speaking during the launch, Hon Frank Tumwebaze asked the people of Kazo district to embrace the PDM program adding that in all government programs, this program is the first of its kind giving a lot of money going down up to parish level.

He also revealed that the parish development model is not for rich people but for the people who do not have any income to earn something.

In his remarks, Hon Dan Kimosho, the Member of Parliament Kazo constituency revealed that PDM is a good concept that needs application of mind set change and curbing out challenges like cattle thefts, foot and mouth disease and sensitization of people on how to use parish development model for it to succeed.

Speaking at the same function, Hon. Bright Rwamirama, called upon leaders to monitor the extension workers to ensure that they do their work noting that they are getting paid for it.

Hon. Francis Mwebesa, emphasized the need for people to join cooperatives in order to reach more market and have one voice in demanding good price of the products.

The UGX 490 billion PDM project is a presidential initiative on wealth and job creation which was on 26th February 2022 launched by the President of Uganda, H.E Yoweri Kaguta Museveni as another strategy for accelerating wealth creation, improving incomes and welfare of subsistence households.

The PDM program was rolled out in October 2020 as part of the National Development Plan III to support among others, market vendors, welders, taxi drivers, boda-boda riders, women and restaurant owners from over 10,594 parishes in the country to come together and form of SACCOS to enable local economic development.