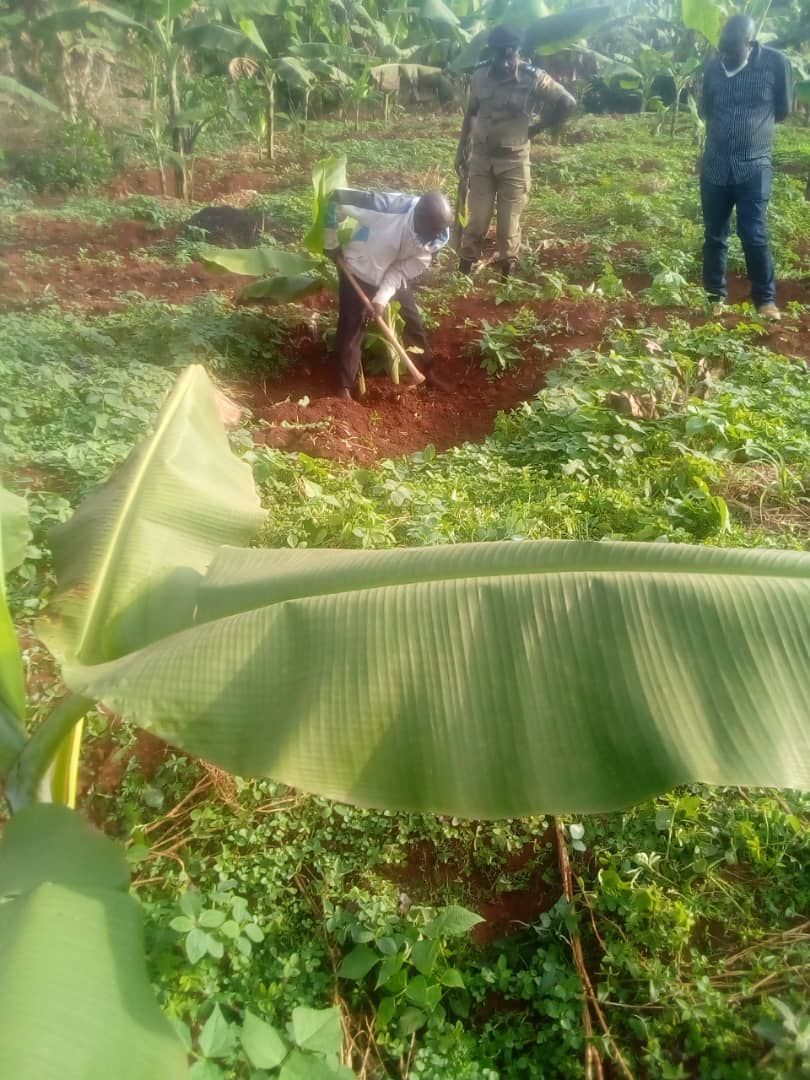 Police discover decomposing body of woman who disappeared in December 2021

Luke Owoyesigire, the deputy police spokesperson Kampala metropolitan said that the suspect was arrested following the disapperance of Twinomujuni Prossy, 28, a resident of Kawafu cell, Nkumba Parish Katabi Town Council in Wakiso District that was registered by Twinomujuni’s husband on 7th December 2021.

After interrogation, the suspect told detectives where the body of the deceased was.

The suspect had buried the victim in a white polythene bag in the piggery farm where it was found decomposing.

Owoyesigire said the suspect also led the police to the farm house, where a hammer suspected to have been used in the murder and the hoe, which was used to dig the grave were recovered and exhibited.

The body of the deceased was taken to the city mortuary at Mulago for a post mortem.

The suspect has been detained at Nateete Police Station as investigations continue.

Owoyesigire said that the motive of the murder will be communicated in due course.