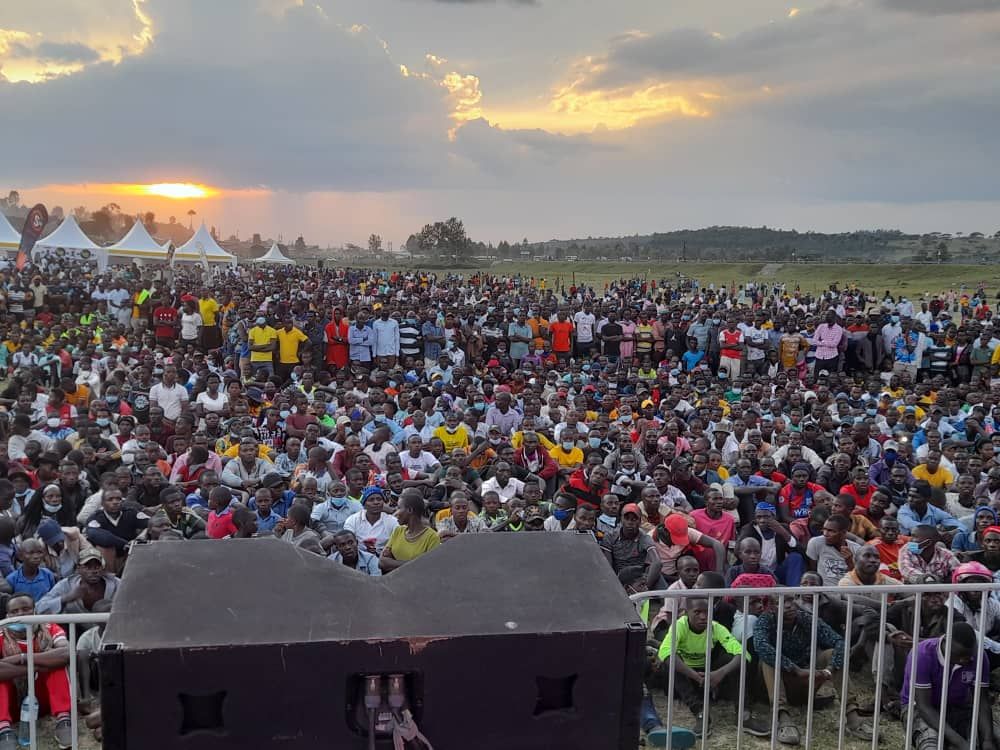 Written by kazofm.admin on June 15, 2022. Posted in Entertainment, News.

Lt Gen Kainerugaba delegated the ambassador of Uganda in Tanzania; Rtd. Col. Fred Mwesigye who is also former Member of Parliament Nyabushozi constituency and his military assistant Col. Mark Donald Kamugira to represent him at this event.

The delegated apologized to the audience on behalf of Gen. Muhoozi saying that he had been sent on a mission to serve the country.

The event which was organized by Balaam marketing agency saw the crowd treated to thrilling music performances from Eddie Kenzo, Ray G, Geofrey Baingana, and General Geon among others.

Through Lt Gen Kainerugaba’s mission to promote Talents, the celebrations also had football tournament that attracted football teams from several districts including; Kiruhura, Kazo, Ibanda, Buhweju, Mbarara, Kyegegwa, Lyantonde, and Isingiro among others with Kazo district football team taking the trophy after beating Buhweju on finals.