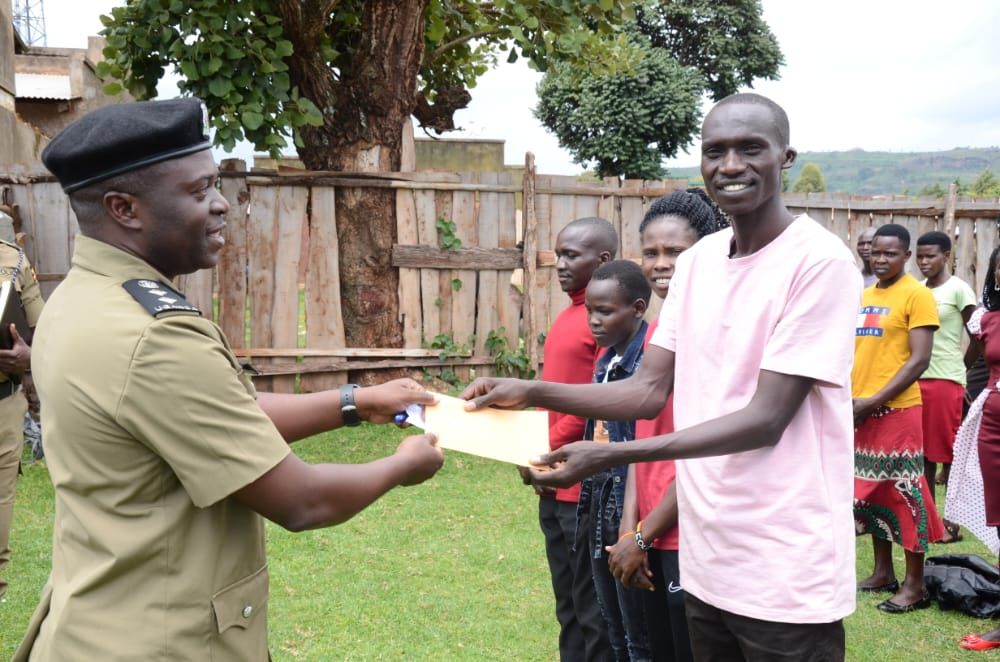 The Inspector General of Police, IGP Okoth Martin Ochola has extended a financial boost to the 11 Police marathon athletes expected to represent Uganda at the 2022 Commonwealth games due 28th July in Birmingham, United Kingdom.

The financial assistance which will cater for the athletes’ welfare to lift and boost their morale and stay at the high altitude training camp was delivered by Senior Superintendent of Police, (SSP) Kalule Abu on behalf of the IGP during his courtesy visit to Police Athletics Training Camp in Kapchorwa on Wednesday.

The team which is headlined by world champion, ASP Joshua Cheptegei and IP Chemutai Peruth has attracted upcoming young talent including; SPC Kiplagat Victor, SPC Chesang Priscar and SPC Chemistu Janat who will be taking part in the World Junior Championships in Colombia next month.

“The IGP has appreciated your efforts, endurance and discipline exhibited as you participate in different field tracks trials,” said Kalule.

Kalule applauded the Commonwealth Games- bound athletes for not only representing the Police Force, but also lifting Uganda’s flag high noting that the IGP had promised to promote all Special Police Constables (SPC) into full Police officers and all the paper work is in progress.

Kalule advised the athletes to continue being disciplined, focused and supportive to one another. This will help you achieve more as you build your career on track and in Uganda Police Force.

The same team will also represent at the Inter Forces games and the East African Police Chiefs Organization games (EAPCO) earmarked for September 2022.

Team manager Ali Ngainoka and Coach Njia Benjamin appreciated the financial aid rendered to the athletes and promised to work harder in spearheading the team towards achieving the objectives and talent development.