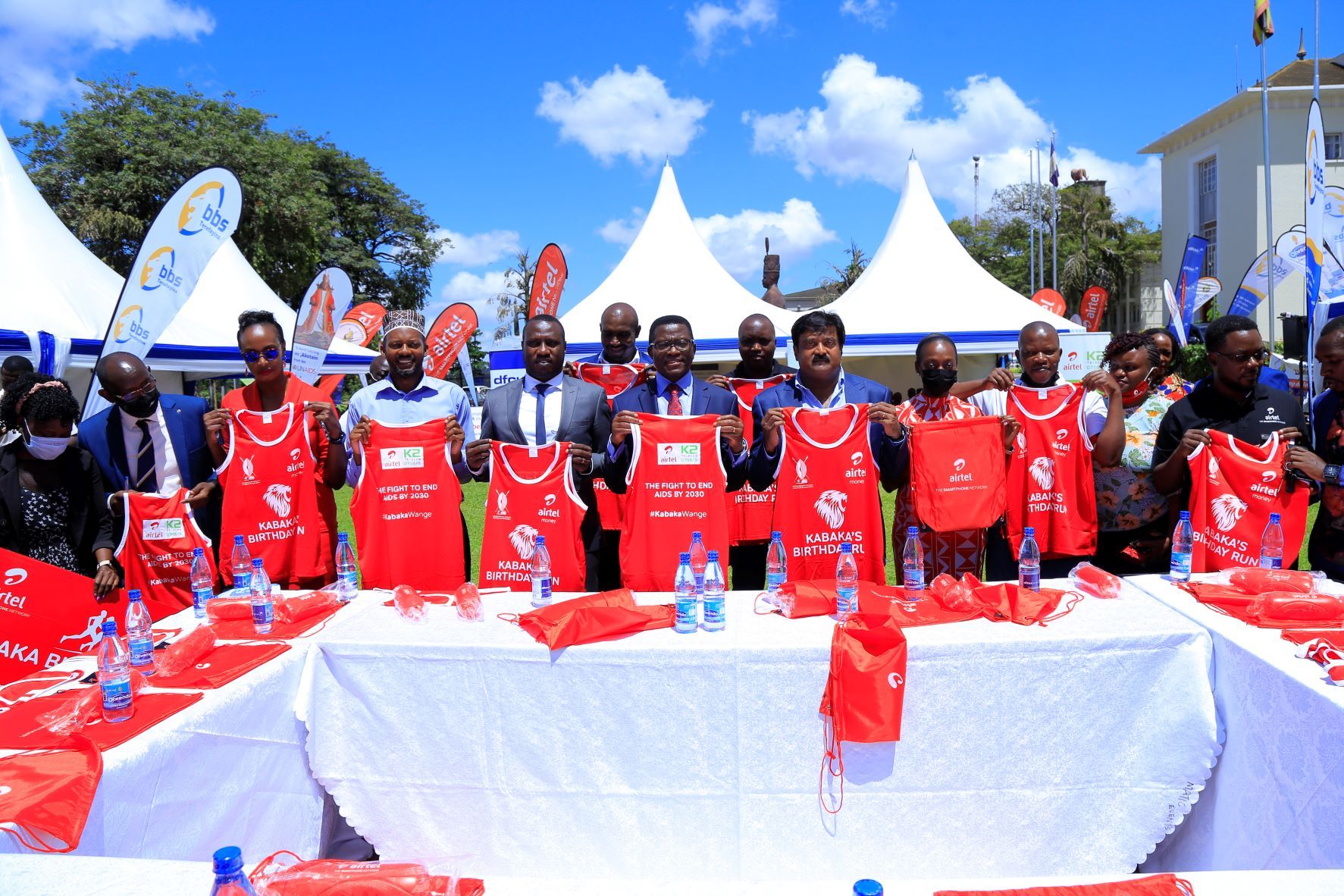 Airtel Uganda in partnership with Buganda Kingdom have unveiled the 2022 Kabaka Birthday Run kit under the theme “Men against AIDS to Save the Girl Child” aimed at fighting HIV/AIDs.

At a press conference that held on Tuesday at Bulange-Mengo, Buganda Kingdom Headquarters, it was revealed that this year’s run is intended to drive awareness about HIV/AIDS and encourage men to be at the forefront by urging them to get tested, get treated and ultimately protect women against infection.

For the past 9 years, Airtel Uganda has sponsored the Kabaka Birthday run, an annual event to mark Kabaka’s birthday celebrations whereby this year’s run is scheduled to take place on Sunday, 3rd July 2022, and will be flagged off by Kabaka Ronald Muwenda Mutebi II.

Speaking during the press briefing, Manoj Murali, the Managing Director Airtel Uganda said that as Airtel strives to change the lives of Ugandans through such programs, it is privileged to be part of the Kabaka Birthday Run and pledged future commitment and support to Buganda Kingdom.

“This year marks 9 years of continued commitment toward Buganda kingdom, a partnership we are proud of because of the positive impact it creates in the communities where we operate. Beyond the run, we have participated in various initiatives like the annual Masaza Football tournament, the Kabaka’s coronation, among many other activities organized by the kingdom,” said Murali.

The kit unveiling event was graced by the Katikiro of Buganda Kingdom Owek. Charles Peter Mayiga, who said that the campaign against HIV requires behavioral change and sharing of key information noting that, “The biggest weapon we need in this fight is research-based information that will uphold the UNAIDS mission of eliminating the virus spread by 2030. And to achieve this we must embark on sensitization drives like what we do through initiatives like the Kabaka Birthday Run.”

Owek. Mayiga added that, “We believe the contribution towards the run will greatly support in the fight against HIV/AIDS. We appreciate Airtel’s support over the years to the Kingdom and the entire country.”

Kits can be purchased at select Airtel Shops including; Airtel Shop New Taxi Park, Shoprite – Ben Kiwanuka, and Thobani Centre. Alternatively, one can use Airtel Money by dialing *185#, select payments, enter the amount plus their PIN to confirm the payment, and then pick their Kit at the mentioned points.

“I would like to urge Ugandans who have used technology to change the lives of others to participate in the Airtel Uganda Needs More of You Campaign by sharing those stories to inspire others,” said Murali in conclusion.