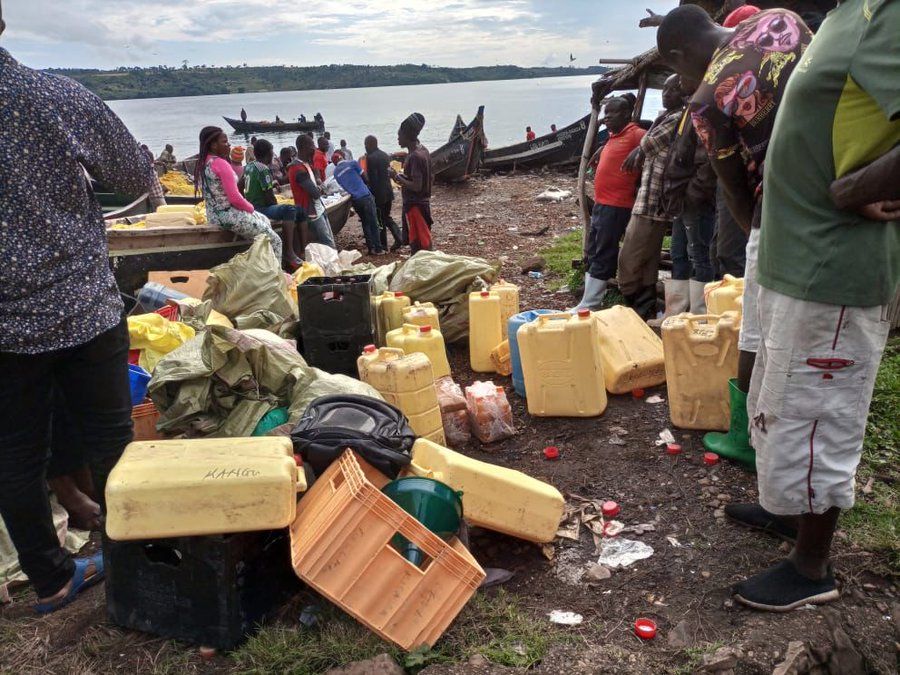 Police is investigating circumstances under which a boat capsized on Lake Victoria on Wednesday night while ferrying passengers from Kasenyi landing site in Katabi Town Council, Wakiso district to Kisaba Island in Kalangala district.

According to a Police statement released on Thursday, the incident involved a boat which first dropped off some people at Lukuba Landing Site at around 8 pm, and on it’s way to Kisaba Landing Site on Lake Victoria, it got into an accident.

Rajab Ssemakula, the Kalangala LC V Chairperson says because of the bad weather, some passengers heading to Kisaba disembarked and used Boda bodas to Kisaba.

“When the boat left for Kisaba, the engines got stuck in the laid fishing nets and capsized,” said Ssemakula.

Uganda Police Marines has revealed that it swiftly responded to the boating incident and managed to ensure that all the 9 people who were on the boat all got off safely.

Preliminary reports by police indicate that the boat engines got entangled in fishing nets, causing the boat to fall into the water.

“Both engines have been retrieved from the waters by our marine officers,” read the statement in part.

The statement further revealed that the boat was then hit by strong winds up to the mainland near Lukuba.

Moses Musiitwa, a fisherman at Kasenyi landing site believes that the boat capsized between Lukuba and Misenyi island after being hit by unusual strong winds, which usually lead to large waves that have since Saturday been ravaging the lake.

“This could have worsened the situation after the engine stopped because the boat could not float freely,” said Musiitwa.

Police cautioned that transport boats against moving at night saying charges will be preferred against the boat owner when all the facts have been established.