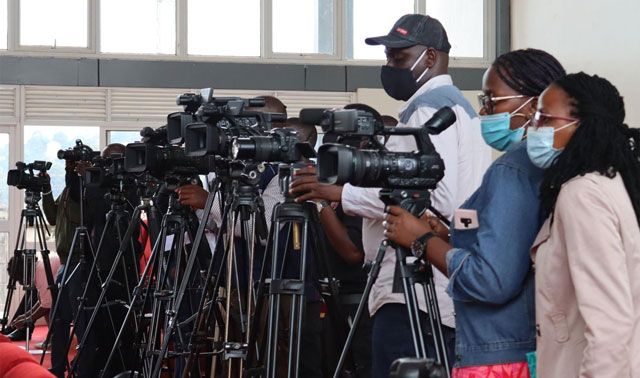 As the world celebrates the World press freedom day, journalists in Uganda have decried the poor working conditions and poor pay.

A section of journalists said celebrating the world press freedom day serves no meaning since a number of journalists are either paid poorly or not paid at all.

“We are still restricted in terms of access to information as we try to inform the public. Also, there is lack of proper unification; most bosses for some of our colleagues have a bad habit of poorly paying journalists or not paying at all. Many of our colleagues have gone years and months without pay. I believe we need one voice, where our grievances can be handled lawfully,” Ndugu Brian Ampumuza, a freelance journalist.

“Journalists are still not respected enough, our colleagues are beaten while covering news stories and there is limited access to some crucial information. We are not allowed to do our jobs, yet we even deserve to be protected by government,” said Paddy Byaruhanga, a journalist with Kazo FM.

“Most of us journalists are entangled in politics; we end up doing more public relations stories than journalism work. We are extremely partisan, not objective at all, we have conflict of interest and it affects the quality of journalism in this country,” said Darius Kanyangoga, a freelance journalist.

An independent study by Kazo FM has revealed that although, the 2006 Employment Act requires employers to make timely payment of remuneration to the employees, most journalists don’t get paid and some take long to be paid and when these journalists speak out, they are threatened with dismissal from their places of work and this has greatly affected the quality of output in journalism.

In 1993, the United Nations General Assembly declared May 3rd May to be World Press Freedom Day to evaluate press freedom, observe and raise awareness about the importance of freedom of press, defend the media from attacks on their independence, pay tribute to journalists who have lost their lives while exercising their profession and remind journalists of their duty to respect and uphold the right to freedom of expression under Article 19 of the 1948 Universal declaration of Human Rights.

According to United Nations (UN) information page, the 2022 commemoration under the theme “Journalism Under Digital Siege” was intended to highlight the multiple ways in which surveillance and digitally mediated attacks endanger journalists and journalism.