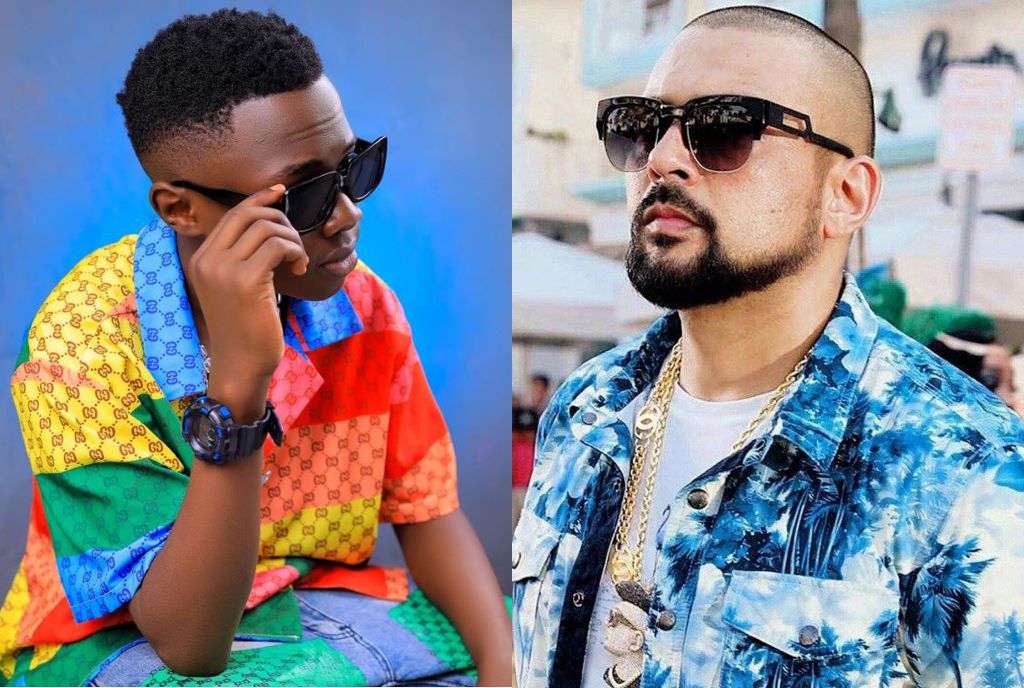 Written by kazofm.admin on April 28, 2022. Posted in Entertainment, News.

Young entertainer Ring Rapper Ratata is set to fly to South Africa and Jamaica for a video shoot with one of the greatest dancehall artists Sean Paul.

Ring Rapper caught the attention of Sean Paul after he did a cover of his 2002 hit Song Like glue in 2020 which went viral and finally reached and impressed Sean Paul’s team.

In 2021, through his management ‘Atlantic Records’, Sean Paul reached out to Ring Rapper via email and promised to support him.

“Dear, Mr Ring Rapper Ratata. We are here to congratulate you on the Like Glue cover project. Indeed you are talented. We have grand plans to work and support you. Please forward us that video in the email below….” Read the email from Atlantic Records in part.

Just as he pledged to give the youngster a helping hand, Sean Paul fulfilled his promise through collaborating with the young artist on a song titled ‘Freezer.’

Ibra Buwembo, the young rapper’s manager said that for the Freezer collaboration, Sean Paul sent them the track and money for writing Ring Rapper’s lyrics and the recording session.

The artist was then connected to Dr. Brain who penned the lyrics and Jah Live’s Butah Magical produced it. The demo was then sent back to Atlantic Records with the official audio to be released soon.

Ring Rapper will be flying for a video shoot of their yet-to-be-released song and finally meeting his idol.

The young rapper revealed a few days ago that he had had a video chat with Sean Paul.

“I have just had a video chat conversation with one of the biggest artistes in the world Sean Paul. We talked a lot about my talent and our song that we are going to release next week,” Ring Rapper revealed via his social media last week.

Ring Rapper came to the limelight back in 2018 after dancer Ibra Buwembo featured his song in a video titled “Kalambo Dance.”

He has since worked on projects like “Don Shaya”, “Am Available”, “Ngabi Clan” and covers of songs for artists like Koshens (Gal A Bubble), Notorious B.I.G and 2Pac.

He has also worked with youngster Fresh Kid on a song titled “Endongo” and gospel singer Levixone on upcoming project titled “Otyaamu.”

He hopes that this song (Freeze) will introduce him to the world internationally.