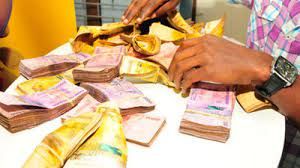 The Inspectorate of Government has recovered about UGX 4bn from misappropriated and misallocated funds between 2018 and 2021.

During an engagement with district chairpersons in Kampala, Anne Muhairwe Twinomugisha, the Deputy Inspector General of Government revealed that during the same period over 4,000 cases were investigated and completed leading to the arrest and prosecution of 97 public officers.

According to the 2021 survey by the Inspectorate of Government, the Ugandan government loses UGX 20 trillion every year to corruption with at least UGX 131bn lost through taxation, 459bn lost in user fees utilities, 820bn lost in natural resources,15bn lost in environmental degradation, 2bn lost as a result of absenteeism in government departments, 451bn lost in health care and education services, 86bn in security provision, 590bn in procurement and budgeting, and 233bn in regulation.

Muhairwe urged the leaders at local government level and their people to join the fight against corruption to ensure that it is a success.