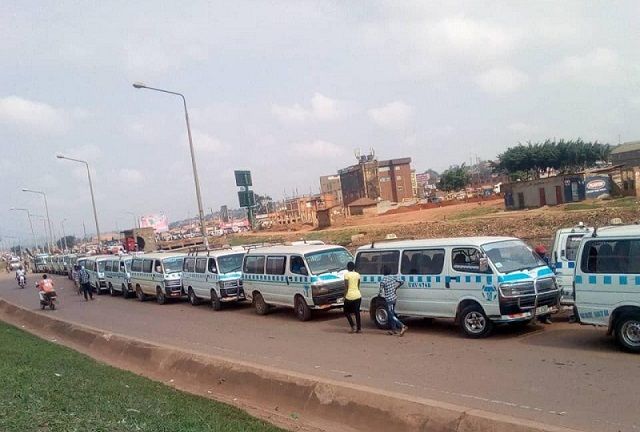 During their meeting held at the UTOF offices in Kampala on Thursday, UTOF approved the increment in transport fare with effect from Friday 22nd April.

Rashid Mugenyi Sekandi, the chairperson UTOF, asked passengers not to be surprised by the increased fare but to bear with them as they unanimously agreed to increase the fares due to increased costs of operation.

“We had thought of increasing the fare starting next week but members decided that it should be effected starting tomorrow (Friday),” said Sekandi.

Moses Birungi, the UTOF Spokesperson, says petrol and diesel pump prices now exceed Shs5,000 per litre at many petrol stations countrywide, a situation that has left them with no choice but to increase the fares.

Sekandi also revealed that they had reached out to the Minister of Works and Transport, Gen Katumba Wamala on Monday who said that the government has no alternative on the fuel crisis.

On April 21, UTOF through a document notified the Ministry of Transport and Works (MoWT) about the changes made in the public transport service, expressing their concern about the daily increasing prices of fuel.

Nelson Ssekandi, the chairperson of Kisenyi and Namayiba bus terminal revealed that at least 95 percent of the bus owners are willing to increase the fares.

Ssekandi said that association of bus operators has called for an emergency meeting on Monday where they will engage the stake regulators and see what to do on the fares of the transport.

Ssekandi added that Buses that move across East Africa have already increased their fares. “For example they have been charging Shs120,000 from Kampala to Nairobi now it is Shs180,000-Shs200,000.  For South Sudan, they have been charging Shs150,000, but now it is Shs200,000 all because of fuel. Passengers cannot afford the new fares across East Africa, they have now resorted to carrying cargo,” Ssekandi noted

He also appealed to the government to revise the issues of fuel prices because people are running away from business.

Responding to the call on government intervention, Suzan Kataike, the Senior Public relations officer at MoWT, said the ministry has not yet endorsed the proposal of hiking transport fares.

“We requested them to submit their proposals. It is only after they have presented the proposals that the ministry will be able to assess and come up with an agreeable position,’’ said Kataike.